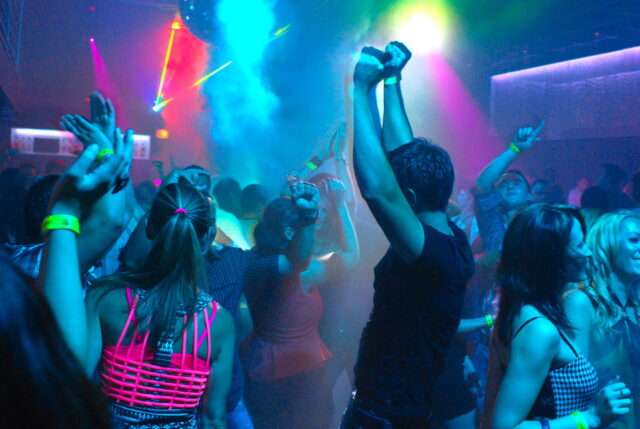 It’s not often you find a nightclub in the peaceful abyss of suburbia. A group of tourists in North London decided to change that when they transformed their Airbnb into a full-blown club. Over 200 people showed up to the event at the one-bedroom apartment and didn’t call it quits until 6am.

This definitely wasn\’t your average house party. The \”club\” came complete with a DJ, a bumping soundsystem and even a bouncer that was collecting cover charges.

As you can imagine, local residents filed complaints and authorities encountered challenges when trying to clear the aggressive crowd out, which didn’t begin happening until 4:30am. One neighbor described the event as “the worst night ever. I could hear the music louder than if I was playing it in my own living room.”

It\’s unknown how the whole evening turned out but according to Scotland Yard\’s press office, \”no criminal offences were apparent.\”