Home Features Top 5 Music Festivals to go to in June 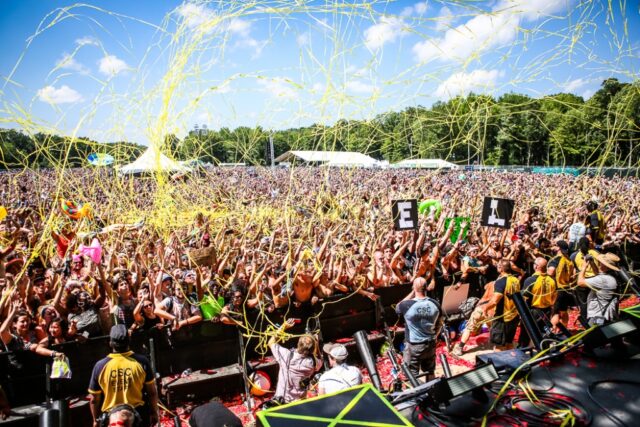 Festival season is in full gear! Summer time means music, fun, camping, and sometimes going broke from all these bomb festivals. This June is packed with some great festivals, but here are some music festivals that we think you should look forward to this month

Of course, we are definitely looking forward to this! Spring Awakening is an EDM Festival right in Chicago. We did a giveaway, but we already had a winner. Some big names going to Spring Awakening includes: Above and Beyond, Datsik, Dillon Francis, Gramatik, Kaskade, and much more! If you’re planning on going, buy your tickets ASAP because they are 95% sold out

Who wouldn’t want to go to a music festival that is on the legendary Woodstock grounds? Mysteryland came from the Netherlands to New York to bring EDM scene to the Woodstock grounds. Once the party ends, the silent disco begins. Some Notable artist going includes: Bassnectar, Odesza, Skrillex, Griz, Gramatik, Zed’s dead, and more. Tickets are still available, so take advantage.

One of the most anticipated EDM music festivals is right around the corner. EDC Las Vegas is celebrating their 20 year anniversary, so you know that EDC Las Vegas is going to be huge. EDC Vegas is accompanied with EDC Week which involves DJ’s playing in clubs and at hotel parties.  EDC is something that has to be done in your lifetime. This years EDC Las Vegas GA is sold out, but there are some VIP tickets still left

Camping, good music, and good food… how can you go wrong with that? Firefly has an impressive, diverse lineup that includes artists that are hard to catch at typical music festivals. Firefly is based in the woods, so it gives you that nature feel. Some notable artists include: Disclosure, Deadmau5, Hippie Sabbotage, Major Lazer, Porter Robinson,  and Tchami. Tickets are still available, so You have a chance!

Every year, Electric Forest keeps getting more and more popular. This 4 days camping festival has famous DJ’s, as well as bands, art, dance, camping. There are little quirks that make Electric Forest special, such as camping for women, hoop troupe, plays, and a sustainability program (Electricology). Some noted artists going to Electric Forest includes: Bassnectar, 12th Planet, Bro Safari, G Jones, Griz, Liquid Stranger, Rufus Du Sol and more. Tickets are sold out, the only way to get tickets are through third party websites.