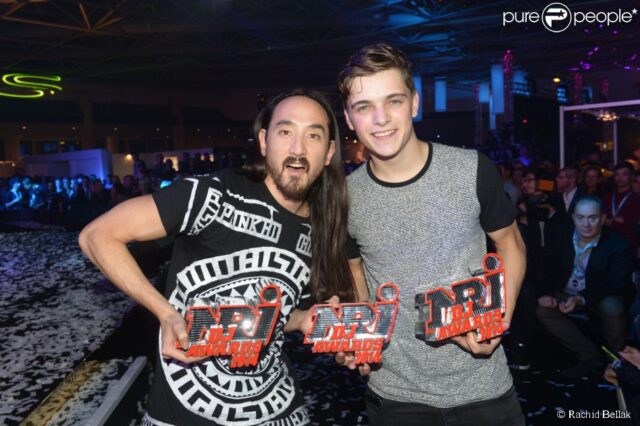 Martin Garrix has been on fire this year. He\’s been releasing new tracks left and right, touring non-stop, and is starting his own label. But it doesn\’t stop there. Recently, we have heard rumors floating around about another collaboration.  Steve Aoki officially broke the news on Friday that the two are, in fact, working in the studio together.

Both DJ/producers are notorious for collaborating with other musicians. Just this year, Martin Garrix collaborated with Usher, The Weeknd, Tiësto and others. On Steve Aoki\’s most recent album, Neon Future Odyssey, he teamed up with artists like Flux Pavilion and will.i.am.

Considering the reputations they both have for creating some of the most addicting tracks, we are beyond excited for the release. Stay tuned!