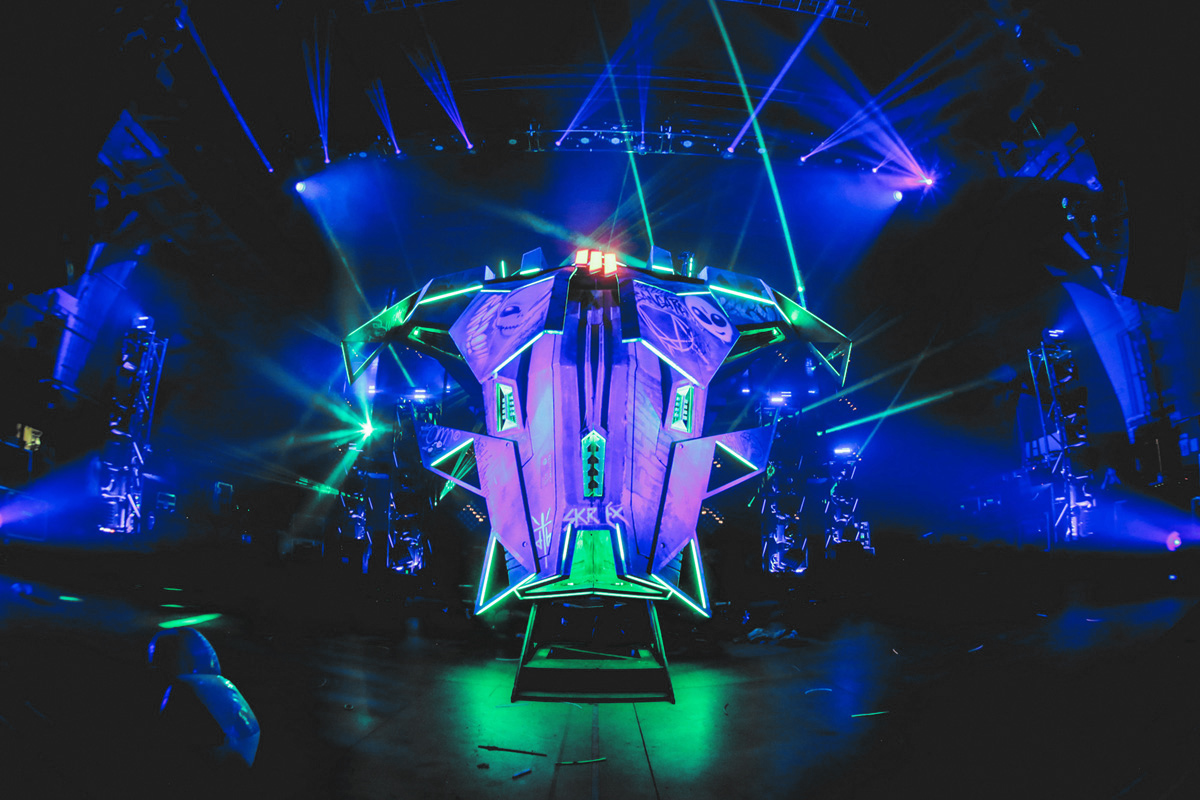 It has been about 2 years since Skrillex warped the 2014 electronic dance music community to outer space on his legendary “Mothership Tour”. With a custom stage design as an uncanny extraterrestrial spacecraft, the Mothership tour was an intergalactic time stretch that launched dubstep pioneer Sonny Moore to the internationally recognized electronic maestro he is today.

Sadly, the iconic Mothership was decommissioned at the end of the tour and had left thousands of fans in question as to whether the alien aircraft would ever make a return to planet Earth.

Today, it is with the utmost excitement to share that the Mothership is in full gear for another launch coming November 5th at ComplexCon.

Having conquered some of the greatest venues in the world such as Red Rocks Ampitheater, its revival this weekend along with Skrillex’s exponential growth as a mastermind on the decks is well anticipated to be beyond comprehension.

It won’t just be the symbolic Mothership that will be dominating ComplexCon attendees this weekend, however, as Moore’s record label, OWSLA, will stride its creative force with their winter showcase pop-up shop along with a collaborative art piece that transforms with human interaction.

It\’s safe to say that ComplexCon attendees are in for an experience like no other.

Watch the video below for the Mothership\’s full fledged inter dimensional force at Red Rocks two years ago, and prepare for blast off!