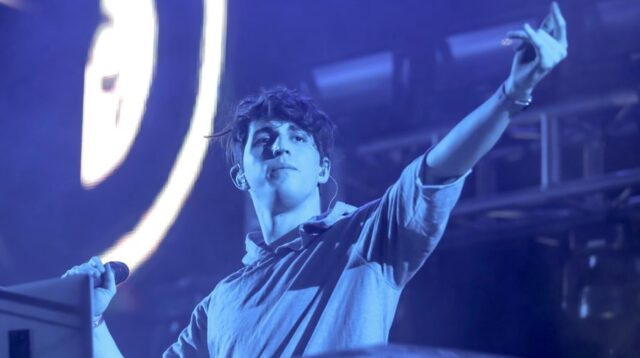 Porter Robinson dramatically shifted styles in 2014 with his release of Worlds from the energetic, fist-pumping anthems found in Spitfire to more serene, yet bass-heavy tracks. His Worlds live show remains in critical acclaim as he brings a carefully crafted set with accompanying anime visuals to the profound music he presents. For those that have seen him live, Porter brings melodic and blissful sounds with songs like \”Sad Machine\” and \”Sea of Voices\”, but counters those moments with his live edits of songs like \”Fellow Feeling\” and \”Fresh Static Snow\”.

During his set at Voodoo Fest in New Orleans this past weekend, Porter Robinson delivered a dark cut of his track \”Fresh Static Snow\”. Like \”Fellow Feeling\”, this track is a set of bass-heavy sounds that completely change the tone of his set.