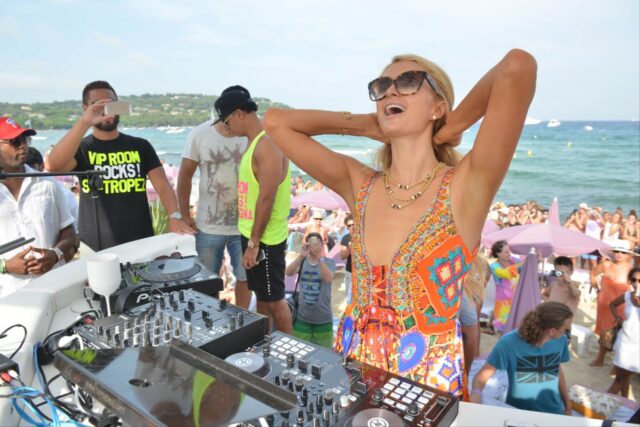 Following the explosion of EDM, Vegas resorts have been shelling out more and more money to lock down top level DJ residencies and build enormous nightclubs to accommodate them. Calvin Harris, Diplo, Dillon Francis, and Tiesto are just a few of the A-list DJ\’s who will grace the desert oasis at least twice a month during the summer, but now there\’s another big name that\’ll be behind the decks in Vegas: Paris Hilton. That\’s right. In an interview with Billboard, the infamous heiress revealed she is taking her DJ career to the next level with a Las Vegas residency.

Paris was not able to disclose at which night club we should expect to see her, but this would not be her first. She currently holds residencies at Amnesia Ibiza and Harrah\’s Atlantic City, both of which are very high end establishments.

What do you think of Paris\’s DJ career? Read the full Billboard interview here and let us know what you think in the comments!