Home Health Opioid Overdoses and Wrongful Death: What to Know 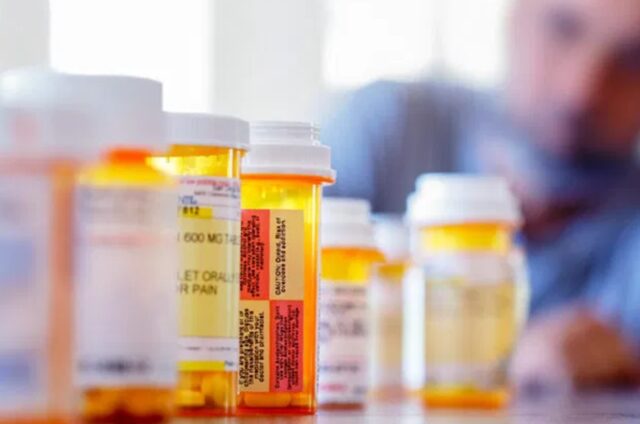 The opioid epidemic has slowed in recent years but remains a pervasive problem in the U.S. with staggeringly high consequences.

There are instances where loved ones file wrongful death lawsuits due to opioid overdoses because doctors and health care providers prescribe these drugs. According to the team at Brian White & Associates, wrongful death means a person has died due to another person’s illegal, careless, or negligent behavior.

If you or your loved one is impacted by opioids, the following are important things to know.

Opioids are a class of drugs used to treat pain. In addition to prescription opioids like hydrocodone and oxycodone, there are also illicit opioids. Heroin is one example.

When someone takes opioids, it affects their brain and central nervous system.

These drugs bind to opioid receptor sites. Then, they alter how you experience pain.

Opioids also can create a sense of euphoria, also known as being high.

Tens of thousands of people die each year due to opioids, which is known as the opioid epidemic. It is a public health crisis, and it started in the 1990s.

Pharmaceutical companies marketed opioid pain relievers as safe, effective, and non-addictive. That led doctors to increase their prescribing rates of these drugs.

This led to high rates of addiction into the 2000s and presently. Many people who were initially prescribed opioids also moved on to use drugs like heroin after becoming addicted.

Purdue Pharma recently reached a settlement of more than $8 billion for its role in the opioid epidemic.

The company, according to the settlement, was encouraging the over-prescription of opioids which strained policing resources and public health resources in communities throughout the U.S.

The company also reportedly made payments to doctors and healthcare companies to encourage them to prescribe the drugs.

Along with addiction itself, one of the major risks of taking opioids, even by prescription, is the potential to overdose.

If you take a dose of opioids more than what your central nervous system can handle, your breathing may slow to a dangerous level. You may stop breathing, depriving your brain of oxygen. This is an opioid overdose, which can be fatal.

Opioid addiction is characterized as a chronic disease leading to changes in behavior, physical health, and mental health. When someone is addicted to opioids, their use of the drugs is no longer in their control. Their use is compulsive, and they have an urge to keep using opioids even when it’s leading to negative consequences.

When someone is addicted to opioids, obtaining, and using the drugs become their top priority.

Someone with an opioid addiction might also develop what’s known as a tolerance.

When you’re tolerant to opioids, you need greater doses over time to get the desired effects.

You might also be dependent on opioids. When you’re dependent, if you stop taking opioids suddenly, withdrawal symptoms might occur.

When someone is abusing or addicted to opioids, recognizing the warning signs early on may help reduce the risk of an overdose.

Opioid abuse and addiction are two separate concepts. Typically, abuse does lead to addiction, however.

Opioid abuse refers to any situation where someone is using the drugs other than how they’re instructed to by their doctor or how they’re intended to be used.

For example, opioid abuse might include taking a dose higher than what a doctor instructs or taking opioids only to feel high.

Taking opioids without a prescription is also an example of abuse.

Addiction, as was touched on, is a diagnosable medical condition. There are a set of defined criteria health care providers can use to diagnose addiction.

Signs of addiction include:

Can You Pursue a Wrongful Death Claim for an Opioid Overdose?

If you have a loved one who dies of an opioid overdose, you may be able to seek compensation from the parties responsible if you file a wrongful death lawsuit.

You might be able to file a lawsuit against the person who provided your loved one with the opioids that killed them.

There have been cases where families have sued health care providers, pharmacies, and hospitals after their loved one obtained prescription drugs that ultimately led to their death.

To make a successful wrongful death claim, you have to show the death of your loved one was caused by the actions and negligence of another party. This might mean the other party’s actions were intentional or not intentional.

If your loved one overdosed and you believe the doctor prescribed too high of a dose of opioids or provided multiple prescriptions for drugs that led to the overdose, you may have a case.

In wrongful death lawsuits, you may be able to recover compensation for:

Other examples of when a doctor might be liable for a patient’s death include if they failed to notice warning signs of abuse or addiction or didn’t inform the patient of the drug’s risks.

Doctors have a responsibility to educate their patients about medications.

The effects of opioids are devastating. Hundreds of thousands of people across the country have lost their lives because of these medicines.

Now, fortunately, most health care providers have a greater understanding of the risks. They work to counsel patients and are much less likely to prescribe opioids for pain than they were just a decade ago. Even so, the opioid epidemic continues to plague the United States.

Is a Foot Massager Good for Plantar Fasciitis?

6 Reasons You Should Never Adjust Your Neck Without a Chiropractor