Home News Odesza Dicusses The Future Of EDM And Streaming 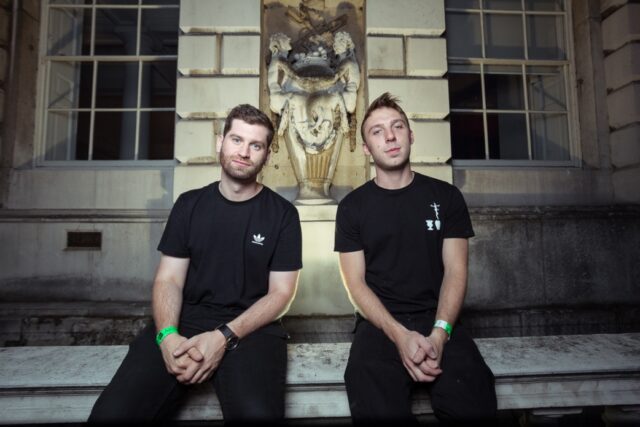 When Odesza broke into the scene with their debut album \’Summer\’s Gone\’ in 2012, they not only gave EDM lovers another DJ duo to add to their playlist but brought a whole new sound with them. Within a very short amount of time, the duo gained a solid fan base and saw their second album \’In Return\’ hit #1 on Billboard\’s Top 100 for Electronic.

In a recent interview with Rolling Stone, the duo (Harrison Mills and Clayton Knight) talks about where they started, their instant success and the direction they see music heading.

Initially, they discussed whether their success represents an evolution of American electronic music. Mills and Knight hope that this is the case. For a couple of years now, much of the music we hear consists of a lot of heavy bass that builds up and drops but as of late, we have seen more artists breaking barriers and incorporating different elements to take the music to another level. Odesza hopes to be able to combine their music with the sounds that inspire them and bring it to American crowds. Knight says,

I hope so. I hope we can go that way. And the future is bright. We love Sigur Rós and all that ambient kind of stuff. We\’re big fans of that, so it\’s a huge influence on us, and we love all those different elements and would love to kind of be the ambassadors, I guess, in the U.S. that would try to bring this into the U.S. crowd. Because there\’s definitely a market for it, and people want to hear it.

Later in the interview, the two discuss how they met. Knight and Mills met through friends at the end of college at Western Washington University. The two bonded over their love for electronic music and began making tracks.

That was Summer\’s Gone, basically — us dicking around in the basement of my house, in some shitty studio. It was a cool setup, though. A lot of creativity in that room.

Finally, Rolling Stone asked,  \”You released that album for free. Are you advocates of free music?\” (referring to \’Summer\’s Gone\”) Odesza is, in fact, very much in favor of free music. There has been a lot of controversy surrounding SoundCloud and other streaming sites. Odesza has all of their albums on SoundCloud for free.  This is a little confusing since they are on a label, Counter Records, but Mills explains that they made sure the label knew their vision right off the bat.

It\’s kind of like the way everything is changing. When we signed up with [Counter Records] it was something we talked about right away from the beginning. Like, \”This is how we see music changing. If you\’re on board with this, we think we should be a part of it rather than trying to fight it the whole time.\”

Knight expresses his understanding of how trends have shifted when it comes to getting music and the need for musicians to keep up.

Streaming is the future. Buying albums and stuff will always be around, but the youth these days, they don\’t download. They just have Spotify, SoundCloud, YouTube. You can find anything and stream it. And the networks are so fast now, you have 4G everywhere.

It\’s hard to predict where music and its technology is heading but it\’s safe to say that Odesza will continue to stay ahead. Read the full interview here.

Photo via The Line of Best Fit.