All types of traffic accidents are unfortunately very common. It is something that is unavoidable when you are driving. Fortunately, vehicle safety systems are improving, leading to fewer and fewer accidents. Also, when it does occur, injuries are usually not so serious, as vehicles are very safe due to airbags and all other driver and passenger protection systems. However, motorcyclists are the ones who are most frequently experiencing accidents, and they are also the most vulnerable group of drivers of all.

They do not have a few tons of metal and other material around them to protect them but are completely exposed to impact. Although helmets and protective suits have improved, this is still not enough and that is why most deaths in traffic accidents involve motorcyclists. We will explain to you legally what makes motorcycle accident lawsuits different so that you know what to do if you find yourself in such a situation.

To understand all the differences, it is first important to point out the most common causes. They certainly differ in relation to the causes of accidents with other types of vehicles.

Many types of bikes are very fast, much more intended for tracks and races, than driving on streets and roads. This often leads to speeding, which is the most common cause. According to the data from a few years ago, 1/5 of all collisions were caused by excessive speed.

Nearly half of the accidents experienced by motorists involve at least one car. It is generally difficult to say whose guilt is greater, because both are responsible. Motorcyclists do not pay enough attention to these others because of speeding, and car drivers do not pay enough attention to them, even though they know that they are very vulnerable. That’s why bike and car collisions are very common.

Several reasons lead to this cause. But the main thing again is that bikes are very fast and traffic jams are common. That’s why motorcyclists try to overtake others as quickly as possible and are often reckless in doing so. Even if they have done nothing wrong, they put themselves in danger, as other drivers may not have the skill or concentration needed to avoid overtaking them.

As we said in the introduction to this article, motorcyclists are incomparably less protected because of the type of vehicles they drive. According to statistics, they are dozens of times more at risk of injury. And we don’t speak about some mild injuries, but extremely serious injuries. Many of which are often life-altering because they can cause permanent disability. By this, we mean head injuries, spinal injuries, multiple fractures of the femur and many others that can even lead to death. That is why such lawsuits are approached differently because the compensation must be much higher.

As you can read at thelawcenter.com and they are motorcycle accident lawyer specialists, roadway imperfections or construction are among the most common causes. Although road works, gravel, ice or many other things can cause a car crash, 4-wheel vehicles are far more stable. The slightest irregularity on the road is enough to cause a motorcyclist to fall, which can best be seen if we watch pro bike races. If one of the greatest champions of MotoGP competition ever, Marc Marques fell over 20 times in one season, it is clear that the amateur is also at great risk. That is why in such a lawsuit, attention is often paid to whether the company in charge of road maintenance is in fact the culprit for the accident.

While this may sound strange to you because we mostly associate hate crime with racism and similar things, it still happens in this case as well. There are many people who hate bikers for a variety of reasons. They think they are members of criminal organizations, then because of the reckless driving and things like that. All this led to someone deliberately hitting the biker, and then trying to present it as an accident. You must have seen at least a few such videos on Facebook and YouTube. In that case, your lawyer should seek much greater damages than if there had been an accident.

If you were the victim, you are entitled to compensation for the damage done to you. There are two types of compensation, which differ in whether they can be calculated accurately or not. Compensatory damages is one that you can calculate exactly. It includes all the costs of treatment, then the costs you had during the treatment related to the bills and the like. But also all the money you lost during recovery because you were not able to work. All of this can be calculated and you can get every cent back. There are also punitive damages concerning the pain and suffering you have endured and that is for the judge to determine.

What do you need for a settlement or lawsuit?

Whether you will achieve a settlement with insurance or you will have to go to court depends on many factors. It is up to you, together with your lawyer, to prepare the whole case as well as possible. It is very important that you have all the medical documentation. If you are seriously injured, then you are taken straight to the hospital and have all the necessary medical documentation. But if you’ve only had minor injuries, that doesn’t mean you should go home. Be sure to go to the doctor to have all the necessary information later.

Otherwise, you will not be able to prove it. Then take a picture of the accident site and look for a police report. You need all that. The more complete your file is, the more likely you are to reach an insurance settlement because they will see that it is not worth it for them to go to court and incur additional costs. However, do not let them deceive you and offer you a settlement that is unfavorable for you. Then a lawsuit is a right choice.

As you can see motorcycle accident lawsuits are significantly different from other lawsuits that involve vehicles. That is why it is important to have a lawyer who specializes in this because there are various legal loopholes that you will come across. 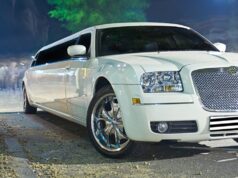 9 Things You Need to Know Before Hiring a Limousine Service 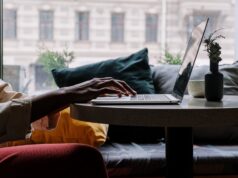 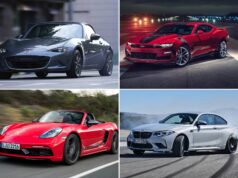 Here Are Some Cars That Offer a Thrilling Driving Experience 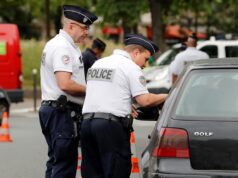 Should Old Cars Be Banned to Combat Pollution?

Top Places to Shop in Miami