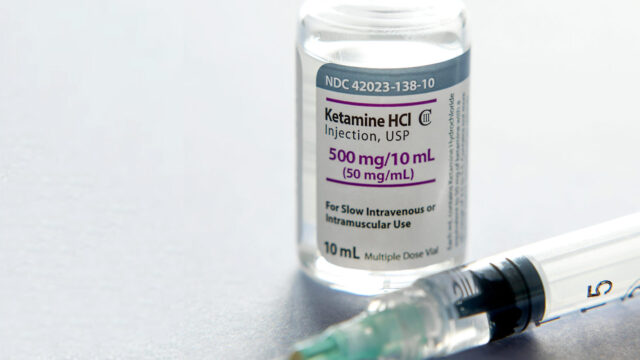 The first ever Ketamine trial has found the substance “incredibly effective” as an antidepressant for the elderly. Many of us have heard of the associations with K in the dance music culture, and its severely destructive effects. The drug is typically administered to animals as an anesthetic. When taken by humans (especially in a party atmosphere), it can make one euphoric, have weird feelings, stop motor functions, hallucinate, and well, potentially enter a K-Hole, where one is disassociated with one’s body for a while.

Australian researchers from UNSW Sydney and the Black Dog Institute created a study evaluating the efficacy of Ketamine as an antidepressant. Sixteen participants over 60 years old were started out on low doses of the drug via injection, which increased over a period of five weeks depending on the individual’s receptiveness.

Ketamine was well-tolerated by participants and did not induce the necessary amounts to allow for a high. The drug received an overall response and remission rate of 68.8% for the patients receiving the treatment.

Another study in 2003 found that Ketamine had almost immediate effects in treating depression. While some may attribute the antidepressant effect to a high, researchers found that the high only lasted for the first hour or so, leading to a severe lift in depressive mood afterwards.

With more and more party drugs being experimented on as potential medicine, there is much advancement in the treatment of mental health issues. The question is where will these studies take us and how do we control the use of Ketamine to limit the negative effects of the substance.