Home Entertainment Kanye West is Running for President in 2022: “I’m going to try... 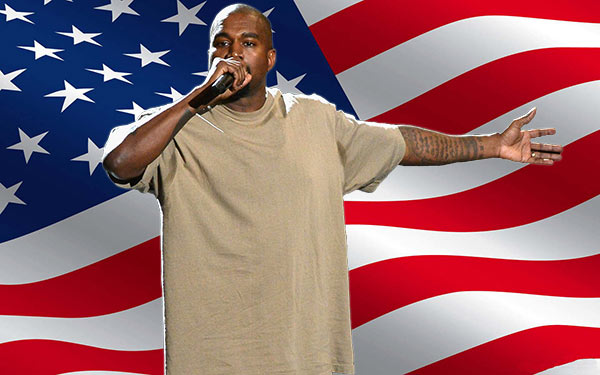 \”I don’t have views on politics, I just have a view on humanity, on people, on the truth.\”

This past weekend, Kanye West sat down with BBC Radio 1\’s Annie Mac for an interview, airing in full on Monday afternoon. The interview covered things from here and far in Kanye\’s life, but something really stood out: Kanye\’s 2022 presidential run.

Kanye was (apparently) very serious when he announced his intention to run for president of the United States at last years VMAs. The rapper explained that he doesn\’t hold any political views, but has a solid \”view on humanity.\”

We are numb, we’re numb to 500 kids getting killed in Chicago a year, we’re numb to the fact that it was seven police shootings in the beginning of July…we’re numb to places on the Earth that we don’t live — like our life is okay but it’s okay for other people’s lives to not be okay.

“When I talk about the idea of being president, I’m not saying I have any political views,” West told Annie Mac. “I don’t have views on politics, I just have a view on humanity, on people, on the truth. If there is anything that I can do with my time and my day, to somehow make a difference while I’m alive I’m going to try to do it.”

It seems like Kanye doesn\’t have a horrible platform to run off of. What do you think about a possible President West? Let us know in the comments.