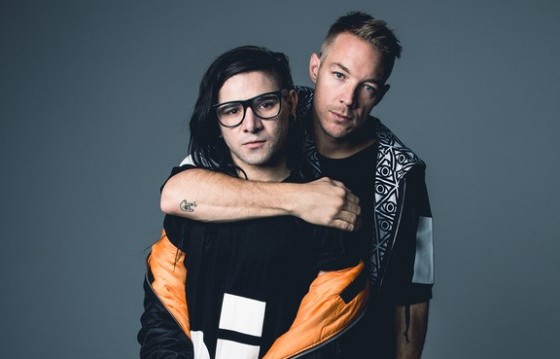 Ever heard of Jack Ü? No? Well welcome back into society and out from under the rock you must’ve been living in to have never have heard of this monumental duo. Long-time musician and producer, Skrillex, teamed up with Diplo, which was one of the three members in Major Lazer, to take the EDM scene by storm. Creating hits left and right with their happy, tropical sound, Jack Ü quickly became every Spring Awakening & North Coast kids dream to see live; however that dream seems like it is already crushed.

Although they announced in early August of last year that they were done touring together things may be looking a little more….permanent. Apparently the two divas unfollowed each other on social media and if that wasn’t enough Diplo didn’t even wish Skrillex a happy birthday – oh my gawd I know right, super disrespectful. Well believe it or not, it happened so dry your eyes and keep on reading because the insanity doesn’t stop there.

Zane Lowe, from Beats 1’s, thankfully asked Diplo what was up with him and Skrillex and the response might either ruin or make your day depending on whatever floats your boat. Diplo used Major Lazer as his scapegoat to avoid answer the question head on and said: “I think right now I’m just trying to make Major Lazer. Last year I kind of did everything and I wore myself really thin trying to do all those projects but this year it’s all about getting the Major Lazer stuff out. We have a lot of records we wrote together me and Skrillex but I don’t think it’s time to put those out now. Just trying to concentrate on this Major Lazer material.”

As some of us may know – Skrillex has started up his old rock band, “From First to Last”, and he’ll obviously need time to get that old car of a band up and running down the path of fame. Diplo obviously isn’t interested in carrying Jack Ü on his back (especially with another iconic group he can return to), and apparently without Diplo’s birthday wishes, Skrillex might not be interested in maintaining a friendship. Could this be the end of Jack Ü? Maybe, however it also could be the rebirth of Skrillex OG band, “From First to Last”, and the return of Major Lazer in full force. You know what they say: when one door closes another opens.