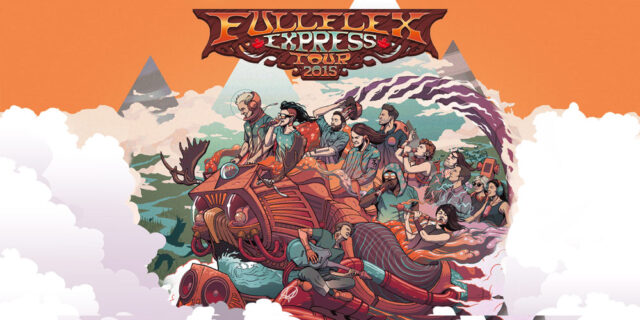 Unfortunately, last night Calgary received some unexpected news.  The Full Flex Express tour had been canceled for Calgary. The tour that is literally taking Canada by storm had to cancel due to unexpected weather described as “high winds and conditions”. The Full Flex Express had been traveling across Canada, doing an 8 date tour over the past week. Looking out for the safety of their members and obviously the crowd, Diplo and Skrillex took to twitter to give the reason on the cancellation. You can see the tweets below. However, last night was the  final night of the tour and it was successfully finished in Pemberton! Never underestimate Mother Nature!

\”Due to extremely high winds, the Full Flex Express show in Calgary today has unfortunately been cancelled. Every effort has been made to

\” ahead, but the safety of our fans, staff, and the artists is most important. Tonight\’s afterparty at Marquee is still happening and doors — diplo (@diplo) July 17, 2015

will now open at 9PM. Please retain your Full Flex tickets and an announcement with refund details will be released in the next 24 hours.\” 😕

Truly feel so bad about the show tonight being canceled tonight. We tried everything we could