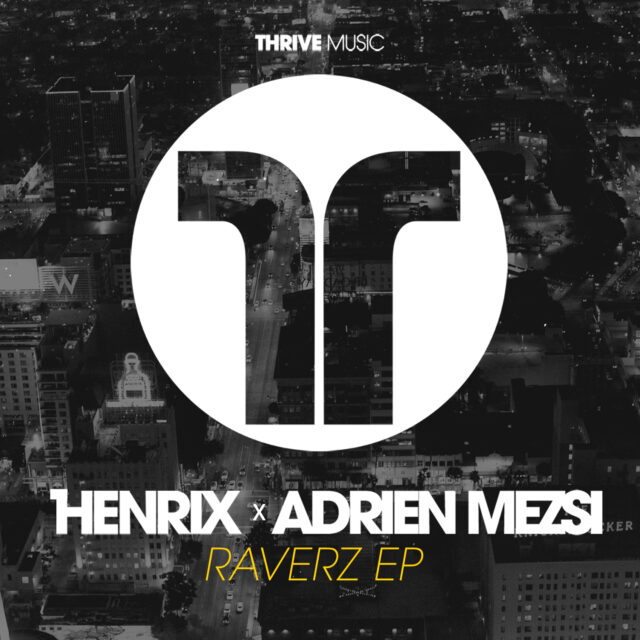 Ravers around the world won\’t have to wait any longer for this new EP release from Henrix & Adrien Mezsi which contains a track that even gained support from Steve Angello back in 2013 during his set at Creamfields.  Fans were in a frenzy after the well-known DJ/producer dropped the track during his set and saying, \”This one is dedicated to all the ravers in the nation…\”

The track that brought the house down that night is appropriately titled \”Raverz\” which instantly became a fan favorite with its heavy synths and pulsating beats, making it the perfect festival anthem.  Pair that with \”Bruh,\” the second track from the EP, and you have a killer combination containing multiple massive drops alongside heart pounding beats that leave you with a nostalgic big-room feel.

It\’s safe to say that Henrix and Adrien Mezsi (who recently released \”DNCE\” with Max Vangeli) make a great team on this new EP which will undoubtedly be shaking up dance floors and festivals around the world.  Henrix is also giving fans the opportunity to win $349 worth of Munitio Pro40 headphones or $179 Munitio Nines headphones when they download Ravers EP on Beatport.  Participants can enter the contest by emailing a copy of their Beatport purchase receipt to [email protected].  Winners will be chosen on October 9, 2015.

For more information on Henrix, click on the links below: