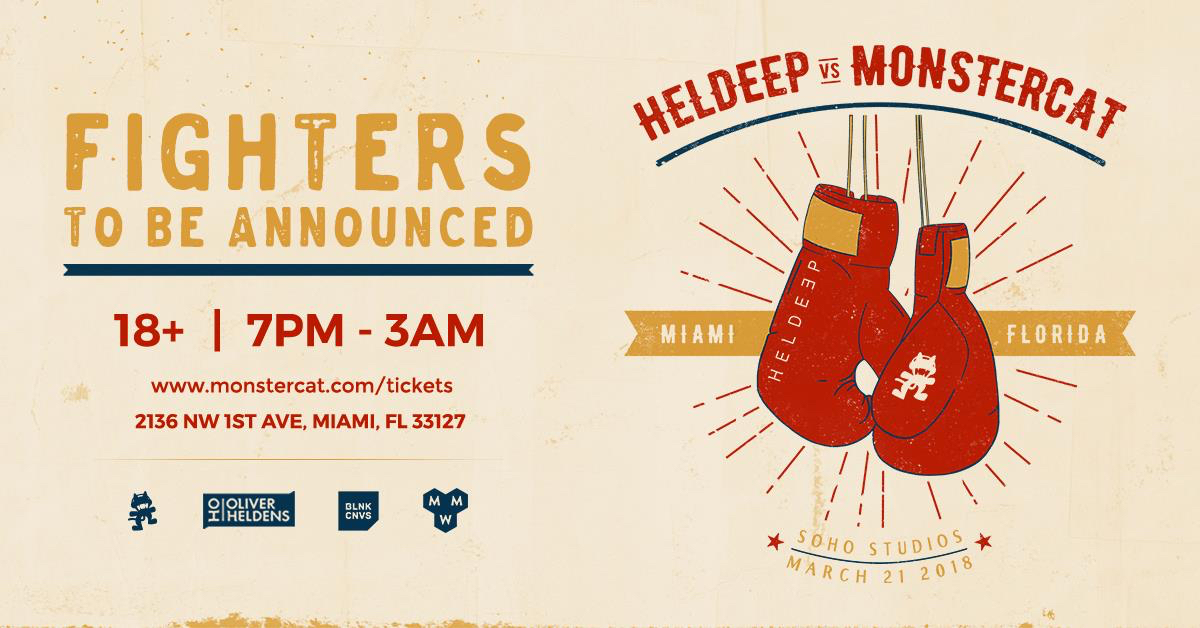 As Miami Music Week inches closer and closer, power house record labels Monstercat and Heldeep have announced that they are teaming up this March to bring the heat. With both of these imprint’s rosters at their disposal, there’s no telling what awaits fans at this event.

The announcement came about from Twitter posts between Heldeep label boss Oliver Heldens and Monstercat’s CEO Mike Darlington earlier this week. This battle of the labels will be held at the legendary Soho Studios on 1st Avenue in Miami.  For more information regarding this event and the full line up, which has yet to be announced, head on over to the event page here. To take a peek at the announcement video be sure to do so below. Early bird tickets have just gone up on ticketfly and are available for $25. Get them while they’re hot!

Let’s get ready to rumble! Heldeep Records and Oliver Heldens team up with Monstercat at Miami Music Week! The ultimate Battle Royale with huge lineups on both sides TBA! Get your tickets now for the showdown of a lifetime! ? monster.cat/MMW18-TicketsVideo created by Timelapse Film. Additional footage supplied by Mike Meijer