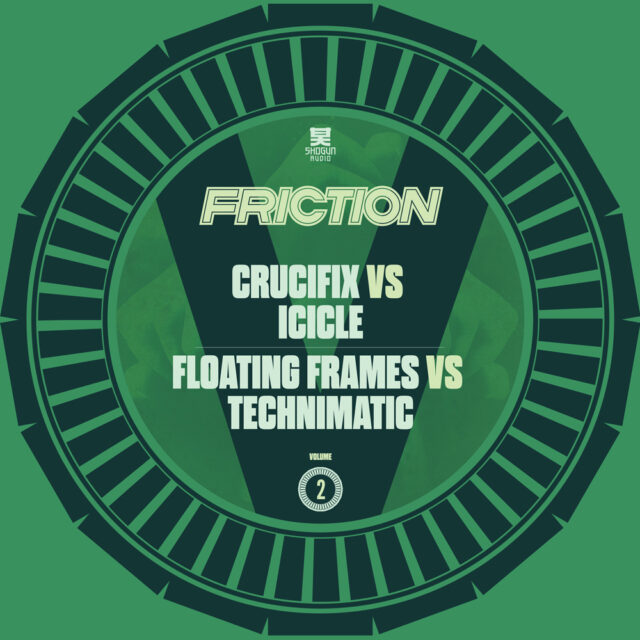 If there was was ever a discussion of angels and demons, this record would be the definitive benchmark. The A side ‘Crucifix’ features a track of biblical proportions with a powerful rupturing bassline and neuro leads. This is the perfect studio pairing that sees both Icicle and Friction join forces to create a slamming slice of pure, authentic Shogun Audio.

The AA side ‘Floating Frames’ was born out of multiple studio sessions between Technimatic and Friction. The result? A harmonious string led liquid roller equipped with warm subs and angelic vocal that hints at hazy Balearic nights.