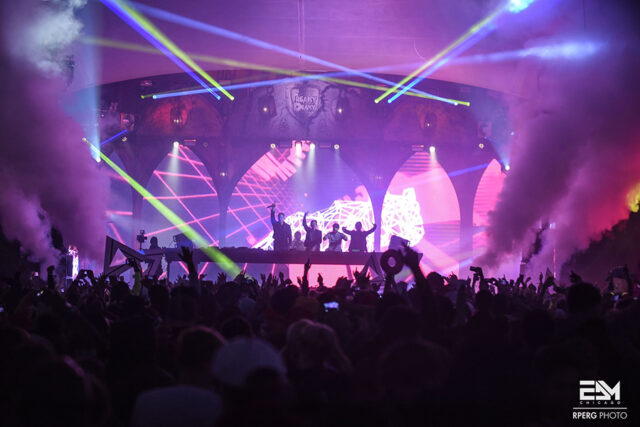 Almost one year later, Freaky Deaky music festival has released their 2015 aftermovie. The Halloween-weekend festival took place at Toyota Park in Bridgeview, Illinois. This Halloween, the festival is scheduled to take place October 28th-30th at the same venue.

Fans can transport themselves back to last year’s spooktacular Halloween and all its festivities and frights with Freaky Deaky\’s 2015 Official Aftermovie. From towering views of a decked out Toyota Park, to glimpses of the mayhem inside the tented stages, every ghastly moment can be experienced once more in anticipation of this year\’s celebration.

Upon releasing the aftermovie, React Presents announced the presale of Freaky Deaky 2016. If you are planning on attending the Halloween-spectacular this year, you can buy your tickets here.