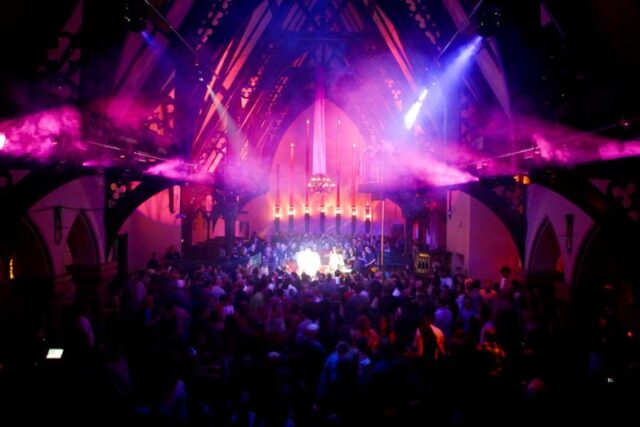 Patrons are charged $20, a donation that a sign at the front says goes back to the church, to enter a room with walls bearing t-shirts of stick-figures performing oral sex and the words “I hate being sober.”

Read the full story via Newsherald