Home Features 5 Jobs Lorin Ashton had before he was Bassnectar 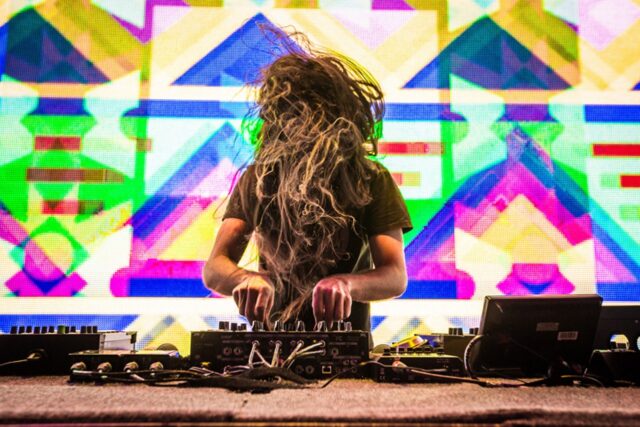 Just when Bassnectar “gave up on caring” what people thought about his music, according to an unlikely Boston Globe interview, his album “Noise vs. Beauty” hit No. 1 on the Billboard Dance/Electronic Music chart. The genre-shattering bass music producer samples everything from death metal to Rihanna (circa: Okeechobee) the \”American Beauty\” score for his melodic yet throttling breakbeats. His unique bass-in-your-face musicality has fostered a community of diehard fans, who are “just as enthusiastic” as the man himself: “Ironically when a Bassnectar fan flips out and goes wild, they’re reacting the way I do,” he said.

Check out Lorin\’s humble list of professions below. [Warning: As if Bass God wasn\’t always already perfect in the collective eyes of his loyal basshead crop, this list is sure to make you see just how well-rounded Lorin\’s personal ethics are, especially in terms of the care he holds for his fellow (wo)man.]

1. Bag boy at Whole Foods “I was raised in a hippie commune, and my father was responsible for running the co-op that served natural food to people in the commune. When we left, he had a natural food grocery store which became a Whole Foods. When I was 15 I started bagging there.”

2. Children’s entertainer “I think I did five birthday parties and I was Big Bird, Barney, Elmo. It was one of the most unique experiences. When you enter a room and you’re dressed as [these kids’] superhero, and they’re staring into your eyes and say, ‘You’re my hero! I love you!’ ”

3. Music instructor at juvenile hall“My major [social justice] necessitated me to do a full-time field study. . . . I would spend time with inmates and I started up a music program. At first it was drumming and beat-making, and then I brought in DJ equipment.”

4. Teacher’s aide I basically interned with a second-grade class in reading, which was interesting because I never thought about how human beings develop the ability to read words. It’s not memorization or sounding out every letter, but it’s true communication. . . . It was phenomenally interesting.”

5. Census taker “I got promoted to do all the sketchy, boondock areas in the wilderness. And that’s when I quit, because I was not down with trespassing on some sketchy dude’s land and asking how many people lived on the property.”