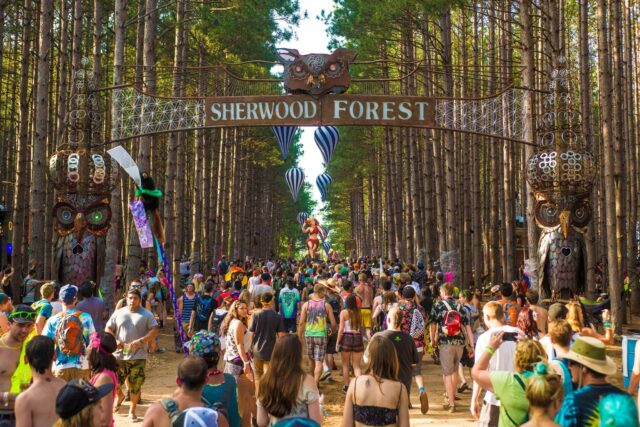 UPDATE: Electric Forest has revised their Alcohol Policy to clear up any confusion. The new policy states that campers will be allowed to bring in outside alcohol in reasonable amounts, meaning one case of beer and one box of wine per individual. Liquor will not be permitted. You can read the full Facebook post below:

After months of counting down and making the long drive, cracking a beer in the entry line at Michigan festival Electric Forest could be considered one of the best feelings in the world. Unfortunately, this will be a thing of the past starting this year. Electric Forest HQ has decided to ban all outside alcohol, supposedly because of a new Michigan law. The statement reads:

Per Michigan state law, any alcohol that is found during the search of your vehicle on entry must be confiscated. This applies to both the campgrounds and the festival venue.

As you can imagine, attendees are taking the news pretty rough. Some think the law is a result of the rising number of deaths at festivals while others think the festival is using it as a way to make more money off patrons.

There are a few holes that have been discovered with the law in regards to the festival. First, the law is more concerned with patrons leaving the festival with alcohol, rather than entering. Second, because Double JJ Ranch is a privately owned property, it is not in violation. Read the law below:

mcl 436.2021(4) This act and rules promulgated under this act do not prevent a class A or B hotel designed to attract and accommodate tourists and visitors in a resort area from allowing its invitees or guests to possess or consume, or both, on or about its premises alcoholic liquor purchased by the invitee or guest from an off-premises retailer and does not prevent a guest or invitee from entering and exiting the licensed premises with alcoholic liquor purchased from an off-premises retailer.

Because of the outrage they are receiving from fans, Electric Forest HQ has taken to Twitter to address the issue:

HQ understands there has been some confusion regarding the festival alcohol policy. (1/4)

Thank you for your patience while HQ works to clarify the FAQ in the coming weeks. (2/4)

It is fully expected that Electric Forest's campground experience will be very similar to the way it has always been in the past. (3/4)

Together, we all look forward to coming together in June for another amazing experience in Rothbury. (4/4)

We will share the official statement once it is released.