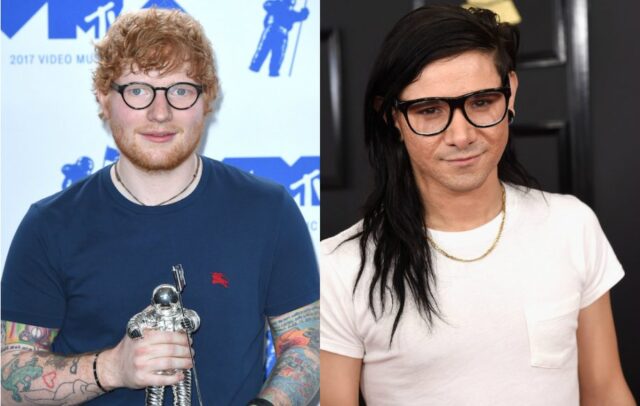 This past weekend in Chicago, Ed Sheeran performed two sold out concerts at the Allstate Arena. Instead of calling it a night, the pop powerhouse decided to hit a local Irish pub.

After his Friday night performance, Sheeran hit up Five Roses Pub. This is great in and of itself, but it gets better: Skrillex showed up too.

According to Alex Peace, a DJ playing Five Roses that night, Skrillex asked to jump on the decks. Skrillex then proceeded to play a 90-minute set to some lucky people.

Did we mention that Ed joined him on stage to perform a cover of Fetty Wap’s “Trap Queen”?

Check out a video of the crazy collab below.

Skrillex asked me if he could jump on the decks. Ed Sheeran said to me, “I didn’t think he was gonna do it” This is what happened at the end of his 90 minute DJ set.