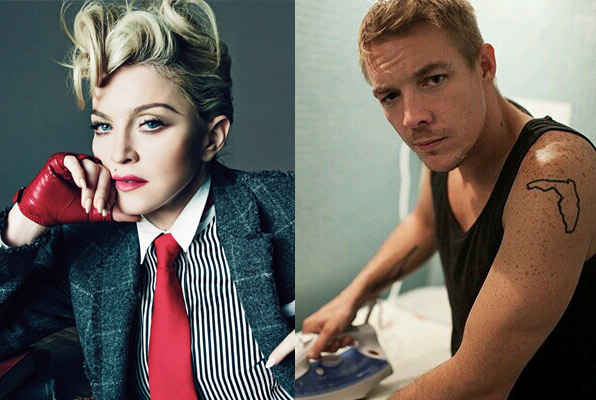 Diplo has been up to an awful lot of different things lately.  His latest endeavor perhaps comes as less of a surprise than the rest, however.  He will be joining Madonna for the beginning of her upcoming Rebel Heart World Tour with two shows in Montreal.  Behold a massive photo of Diplo on her website atop Monday\’s announcement.

The two have had a musical relationshipfor some time now, and it would be a wasted opportunity from a business perspective to pass up this continued collaboration in live fashion.  But the genuine idea of collaboration is to bring different ideas together to forge something new.  Both of these artists have been around the block in their respective global arenas, and with that comes a lot of experience and knowledge.  Diplo has always been on a perpetual collaboration binge, lately with Skrillex and their big project Jack U, and no doubt has he cashed in for doing so.  Hopefully their resources will be genuinely tapped and brought together to create a fresh musical experience, instead of just furthering the income with another pop anthem beat less akin to creativity and more like Carnage remixing Hardwell.

The two Montreal shows are set for September 9th and 10th at Bell Centre.  No other shows featuring Diplo on the tour have been announced as of yet.