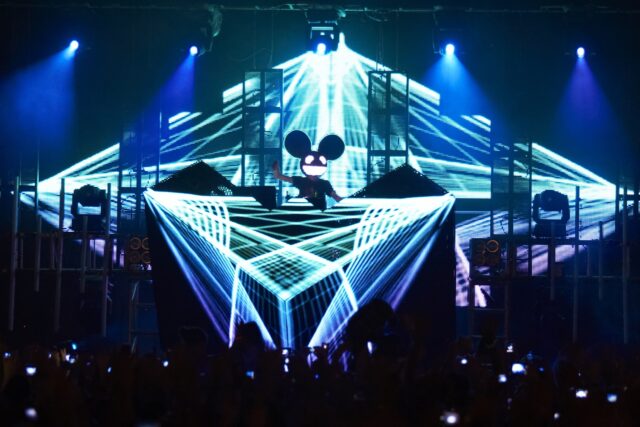 Besides the Gumball 3000 Deadmau5 has been active in other ways recently. A few days ago he tweeted about his crazy new set up he is going to have for his festival run this summer. With Deadmau5 always being known for djing in his hallowed out cube it is making everybody curious as to what he is going to bring to the stage this summer.

Deadmau5’s first stop for his summer festival run will be in New York City at the infamous Governor’s Ball. He will also be hosting an after show after his set that night. After the Governor’s Ball then Deadmau5 hits the road once again for the one and only Bonnaroo. With Deadmau5 being the first EDM artist to headline “The What Stage”which is the main stage at Bonnaroo, it was a sure thing that he would have something in store. Now it has been confirmed that we had the right hunch! Check out the tweets and picture below!