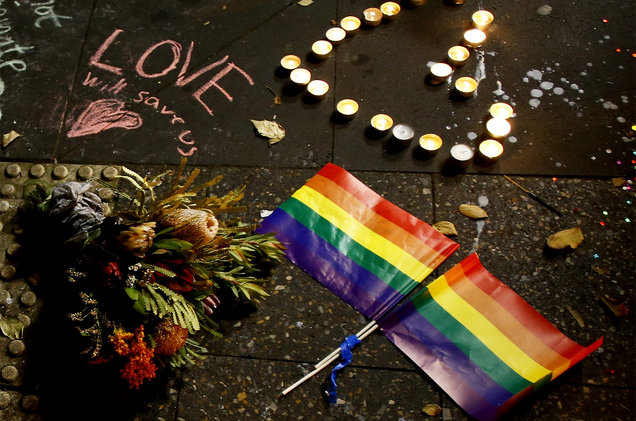 In the wake of the tragic shooting at Pulse Nightclub in Orlando, a large number of DJs and producers took to various forms of social media to express their support for the LGBT community and all those affected by the senseless act of violence.

Krewella demanded that we not allow this senseless act of violence to divide us, and Dillon Francis showed his support by donating to the victims. If you would like to donate, you can do so here.

La Roux simply put it the best: this must end. You can read more reactions below.

Everyone in Orlando please be safe out there tonight. Sending positive thoughts to everyone out there

Shame on anyone who agrees with the atrocious event that happened today…. I will be helping by donating money to the victims of Orlando

Our hearts go out to Orlando & the amazing LGBT community right now, & I beg that we not allow this senseless act of violence to divide us

A good way to handle today:
Pride (A deeper love)
The undisputed Queen of Soul @ArethaFranklin can bring us up.https://t.co/ZAQ38Z0zO1

No. My heart is broken for the victims and friends and families of the people killed and wounded… https://t.co/VUNQ9V0NQb

Shame on you @realDonaldTrump trying to use the heartbreak and tragedy in #orlando for your political gain. Shame on you.

Our thoughts, love and prayers with Orlando. Unthinkable…

We are devastated with what happened in Orlando. It is beyond upsetting.

Hopefully this is a wake up call. Imagine how many acts of hate towards our LGBTQ community go unheard of or unnoticed. Let people be

Love and peace to the victims of the Orlando shooting ❤️

This is insane. Our prayers are with all those effected by the the tragedy that took place in orlando. Something needs to change!

Heart goes out to those dealing with the tragedy in Orlando. So sad..

I am sending my love and happiness to anyone who needs it. Feel appreciated and special. Eat some ice cream. Enjoy the stupid small things.