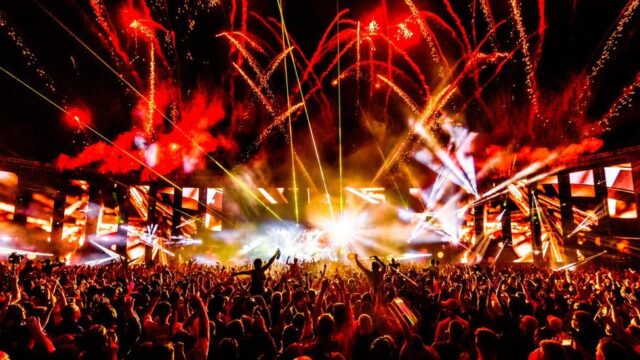 Organizers behind iconic UK dance music festival Creamfields have just revealed a stunning line-up for their 20 year celebration, held just outside Liverpool in Daresbury, Cheshire. The four day event is expected to attract over 70,000 attendees over the August Bank Holiday, Aug 24 – Aug 27, 2017.

The special anniversary gathering is essentially a \”Who\’s Who\” in dance music, with over 300 international musical acts from just about every electronic genre you can conjure up. The massive event will feature 30 stages, with an exclusive Friday night live performance from Deadmau5 and Eric Prydz on the Steel Yard stage. Other artists announced include Alesso, Radio 1\’s Annie Mac, Diplo, Duke Dumont, Hannah Wants, Fatboy Slim, Adam Beyer, Armin van Buuren, Martin Garrix, and Tiësto. Creamfields will of course include UK dance music greats like Faithless, Goldie, and Sasha.

Since it’s start in 1998, Creamfields has pushed the boundaries of what it means to put on an internationally renowned EDM festival. And their 2017 edition is shaping up to be the most diverse line-up we\’ve seen this year.

Grab your Early Bird tickets now for around $275 USA for a 4-day pass. Also be sure to join the Facebook community for more info.