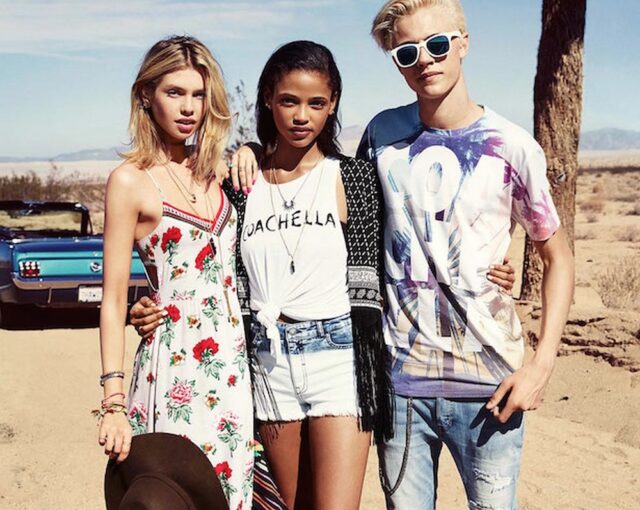 Well, first off I\’d start by saying whatever poor soul went to Urban Outfitters to get anything other than dad hats and crusty jeans, you need to reevaluate yourself. Yes, you. Go in a corner and think about what you did wrong. And when you\’re done I want you to stay there and think extra hard about why you bought a \”Coachella shirt\” from URBAN FRICKIN OUTFITTERS.

Yeah, that\’s right. Urban Outfitters had a clothing line themed Coahcella…without Coachella\’s permission. Kinda see how that could be an issue right? Especially when the creativity of the line goes as far as just \”Coachella shirt\”, \”Coachella Tunic\” and \”Coachella bra\”.

Welp, according to LA Weekly, Goldenvoice, the organizers of Coachella, are taking a Urban Outfitters to court with a classy copyright and trademark infringement, along with claims that Urban Outfitters purchased Coachella related keywords in Google to drive people to their website. This is especially awkward when you take into account the fact that Coachella currently has a liscensing deal with a major competitor to Urban Outfitters…H&M, which I guarantee you came up with better names then whatever half assed nonsense an exec in Urban Outfitters could fumble together.

How this is going to play out, only time will tell, but just looking at this from the outside, its looking like Urban Outfitters has some explaining to do.