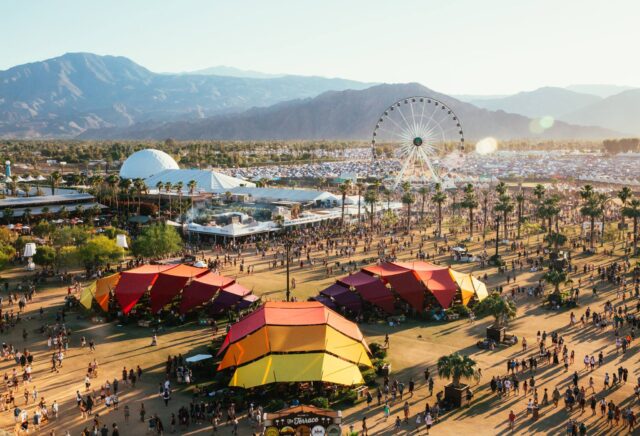 Coachella is the premiere music festival in America – boasting an eclectic lineup across a multitude of genres with unique artists that don’t normally tour in festival settings, an impeccable organization from the staff, and not to mention the in-your-face culture of being at Coachella. This year, headliners included Radiohead, Lady Gaga, and Kendrick Lamar, with well known artists such as Lorde, Bastille, and Two Door Cinema Club. In terms of electronic music, the acts were spread across primarily the Sahara (bigger room house and trap), Yuma (techno/deep house), and the Do Lab (bass, trap, and other more experimental sounds), with more experimental and differentiated acts in the Gobi and Mojave tents, such as Sofi Tukker and Nicolas Jaar. The festival is enormous relative to other music festivals, and still felt seamless in the way it was organized and the many food and drink offerings available to attendees enhanced the experience so much more. The fashion and the vibe of Coachella is also truly unique in that there are many aesthetic considerations to be made in wearing an outfit that will truly sustain and fit the desert environment of Indio, California. 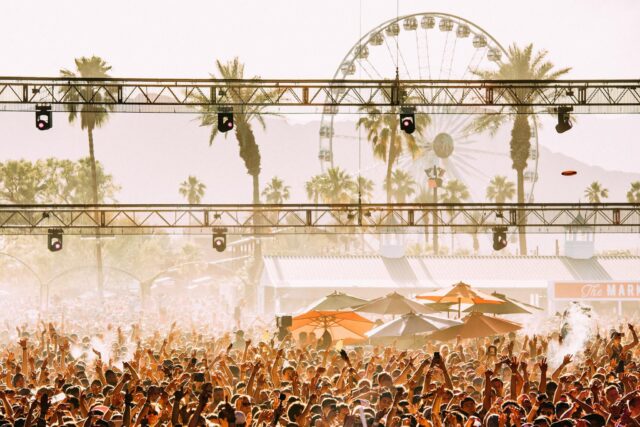 Waking up on day one to an overheated and stuffy tent in the campgrounds definitely takes a little getting used to, but the day that follows is so worth it. Between campground shenanigans and pool parties outside in Palm Springs, there is plenty to do to get ready for the festival. Starting us off was SNBRN, who played a vibing California-ode-heavy set under the dome of the Sahara, pumping us with the right amount of energy for the day. We then headed to the Yuma tent, the only purely indoor tent at the festival, to catch Nora En Pure. The South-African/Swiss artist brought her effortless delicacy in mixing peaceful sounds with heavy-hitting bass. The Yuma tent was truly a place of techno-refuge for festival-goers, as Friday proved to be extremely hot – hitting over 100 degrees. Banks fascinated the Gobi tent, a smaller venue for more intimate performances, with her long-rage vocals and soul. The xx brought color to their new album, “I See You”, with an incredible performance that displayed how the trio is able to innovate and sound like no other (especially with Jamie xx behind the decks!). In true “young person who doesn’t understand anything about music” fashion, I left Radiohead after 30 minutes for Dillon Francis. I know, I know, this is probably not the most proud moment of my life, but I truly enjoyed dancing across the PACKED Sahara tent to a Latin-inspired Dillon Francis set that truly was more different than any other of the six times I’ve seen him (ok, you can judge me now). 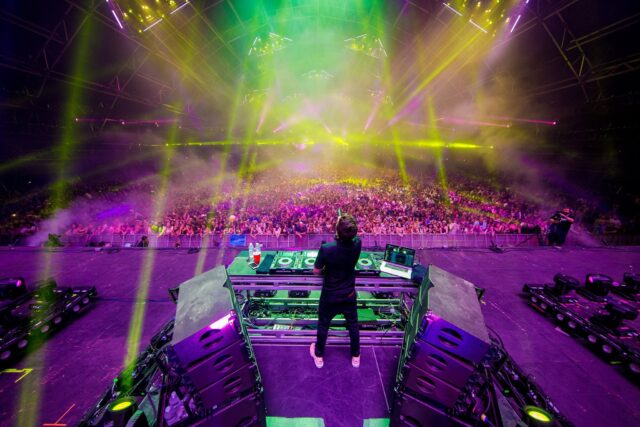 I took 33,000 steps on Saturday because there was so much I wanted to see. Even if it meant going alone and making new friends, I would maneuver the festival and attempt to see just a bit of my favorite artists. Amongst the standouts were Solomun and Justin Martin, who brought the Yuma and Do Lab, respectively, down with their heavy hitting bass progressions. One of the best acts of the night came unexpectedly in the Mojave tent, as German trio Moderat performed an intensely euphoric and sonically vibrant set of live instrumentation mixed with techno beats. Notable acts that day also included Mura Masa and Roisin Murphy, who proved to convey their unique styles to a wide audience. Lady Gaga topped off the night with a legendary performance of rigor, charisma, and full-blown emotion.

Sunday began with one of my favorites, Sofi Tukker, a duo from the northeast who draw inspiration from Brazilian bossa nova, infusing their own little electronic kick to their tracks. Known best for “Drinkee”, the Portuguese-poem inspired anthem heard around the world, Sofi Tukker really illuminated the Gobi Tent with their eclectic energy and non-stop passion. Next is where I attempted to catch four artists in the span of twenty minutes. Tourist brought a unique sound to the festival that blended in well as I transitioned to see Maya Jane Coles, the deep and melodic artist from the UK. Although only being able to see around ten minutes of them, HONNE brought a soulful performance to the Mojave tent. Kaytranada played in the Sahara tent, displaying his eclectic R&B and house beats. Then came a major moment at Coachella – Porter Robinson & Madeon’s last show together. Apart from the incredibly energizing and well-mixed set, the collaborating artists certainly displayed their bittersweet feelings as they departed ways on their last show. At the end of the night, Lorde displayed her unique talent and previewed some fresh upcoming songs, and Kendrick Lamar performed many of his new “DAMN.” songs. 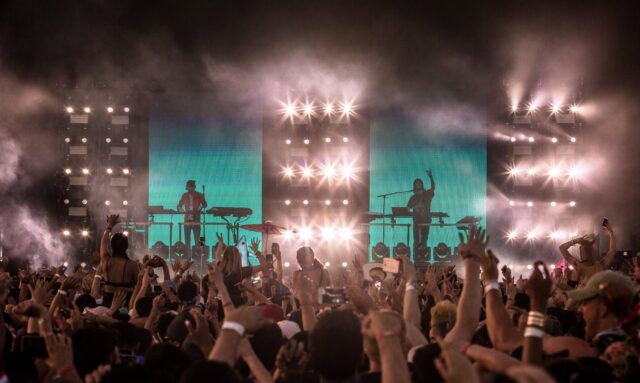 Coachella is a festival made up of many unique moments that are quite rare in any festival-going experience. Maybe it’s the scorching sun of Indio, or the heavy emphasis on fashion. Or perhaps it is the truly interesting and dynamic lineup that festival organizers brought to the table. Some festivals come and go, as fads rise and die down. But Coachella is the festival, since 1999, that has brought some of these incredible moments in music history (think 2Pac hologram and RUFUS DU SOL and Skrillex showing up unexpectedly at the Do Lab this year!). I hope to return to Indio and marvel at the incredible experience that is Coachella – even if it means sweating in 100-degree weather and missing around 60% of artists I wanted to see! 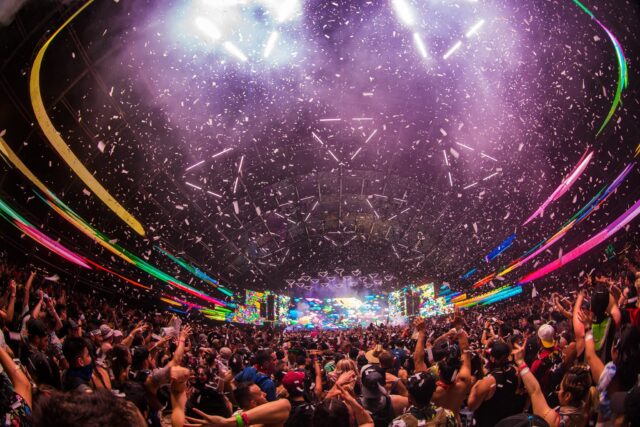