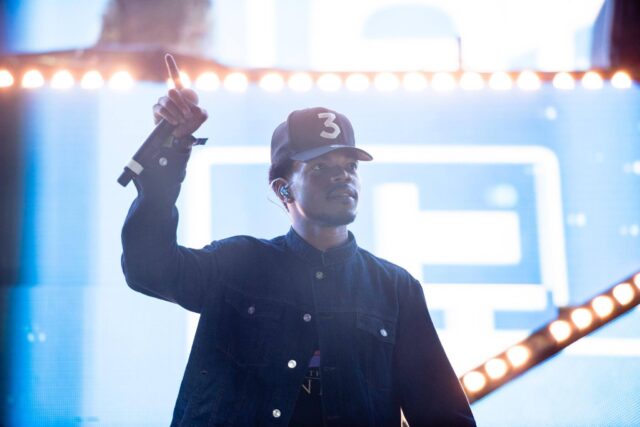 Chance The Rapper wasn\’t on the lineup for Lollapalooza\’s 15th anniversary but how could he not show up? Chance surprised fans during Flosstradamus\’ closing set at the Perry\’s stage on the first day of Lolla and he performed \’No Problem\’ along with \’Summer Friends.\’ Chance wasn\’t alone though, he had some company as well. Chance also shared the stage with Dwayne Wade, and his wife, Post Malone, and Michelle Williams.

We\’re hoping that Chance continues to make surprise appearances all weekend.  Check out some fan videos below.

Did I mention @FLOSSTRADAMUS brought out @chancetherapper ? Cause they did, and it was spectacular. pic.twitter.com/hVaKJxKWQl