Home Guide Can Guilt Be Productive? When It Is and Isn’t

Guilt is a funny thing. We generally think of it as a terrible emotion that’s only negative. In this sense, we associate it with shame and the fact that we’ve done something to feel guilty about.

But what about the productive aspect of guilt? We don’t often think about it this way, but guilt can oftentimes be a positive thing. For example, guilt can help keep us on the right path if it keeps us living our lives in a way so we don’t end up experiencing guilt. And guilt can also motivate us to make amends and aspire to live in a better way.

So, can guilt be productive? The short answer is yes, but this is a complex emotion. So, read on to learn more about guilt and instances when it’s productive and when it isn’t.

And if you need further resources on guilt, look no further than these helpful articles.

When Guilt Is Productive

First, let’s start with occasions when guilt can be productive.

1. When You Aim to Avoid Guilt

A healthy fear of guilt can be productive in the sense that it can keep us on the straight and narrow. In many senses, this is the purpose of guilt. It’s to encourage us to behave in a way that we don’t experience that horrible feeling again.

So, our natural impulse to avoid guilt can help improve the quality of our lives in many ways, helping make us better friends, better siblings, better children, better parents, etc.

2. When Guilt Pushes You to Make Amends

We all make mistakes. It’s just part of being human. Similarly, it’s part of being human and living in a society to experience some form of guilt when you do something that doesn’t align with your morals and/or the morals of the culture you’re in.

Guilt on its own isn’t necessarily productive. But if guilt pushes you to make amends, then it certainly is productive. Recognizing the error of our ways and apologizing to those that we’ve wronged is the best thing you can do after a mistake. When guilt is the driving force for this, it is serving a very productive role.

3. When Guilt Is a Natural Part of Grieving

Even if you have nothing you should truly be feeling guilty about, experiencing guilt is a normal part of the grieving process. Along with shock, denial, anger, depression, and acceptance, guilt is a common stage experienced by those who are grieving.

Guilt is productive in this case because it’s part of a natural process. The guilt may move us toward anger or depression, which we will eventually overcome on our way to acceptance. We may dislike the various stages of grief, but that doesn’t make them unproductive. Ultimately, they work together and flow in a way that enables us to come to terms with the loss of a loved one.

1. When You Stay Locked in a Cycle of Guilt

From the above examples, we can see that guilt is productive—that is to say, helpful—when it pushes us towards being better human beings.

On the other hand, guilt that doesn’t lead us to change is entirely unproductive. Even worse is a phenomenon that happens with some people where they get utterly locked in a cycle of guilt.

Let me explain. The guilt leads to feeling guilty about feeling guilty and this goes on and on. And since the person isn’t learning or changing, they are likely to continue doing the same things that led to the guilt in the first place.

If you feel like you have problems with guilt and moving on from it, you may want to consult a licensed therapist or counselor.

2. When You Feel Guilty for Something You Didn’t Do

Guilt can be a natural and healthy thing. Unfortunately, it can also be something that we feel when we really shouldn’t.

There are many examples that could be given, but a big one is in cases of abuse. Some people may be so beaten down and miserable that they feel like everything is their fault. This is often the case with emotional abuse.

Emotional abusers, even if they don’t physically abuse, generally use manipulative tactics in order to make the person they are abusing feel like everything is their fault. This is often the case with narcissists as well. Nothing can ever be their fault, so they condition you to take the blame. Over time, you will come to accept this, and it will become your new reality.

This is clearly a warped and horrible situation to be in. If you feel you are experiencing abuse (or someone you know), get help immediately by contacting a hotline or online chat for abuse.

3. When You Don’t Learn from Your Guilt

As mentioned, guilt can be a positive thing when we learn from it. But when guilt isn’t learned from, it genuinely serves no purpose. It will only eat away at us and likely cause us to end up in a continuous cycle of guilt (see the first example above).

On the other hand, guilt can be very unproductive. For example, if we don’t learn from it and fall into a cycle of guilt, or if we feel guilty for something that isn’t our fault.

Guilt is a complex thing, so understanding it better is always to our advantage.

This article was developed via a partnership with BetterHelp. 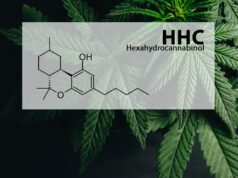 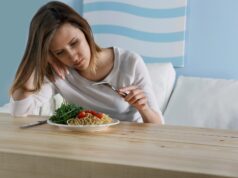 What Are Eating Disorders and How Are They Treated? 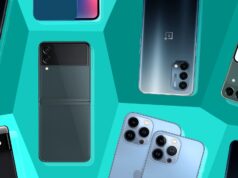 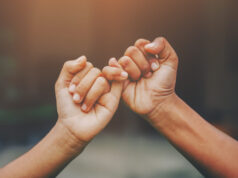 Is It True Friendship? Here’s How To Know