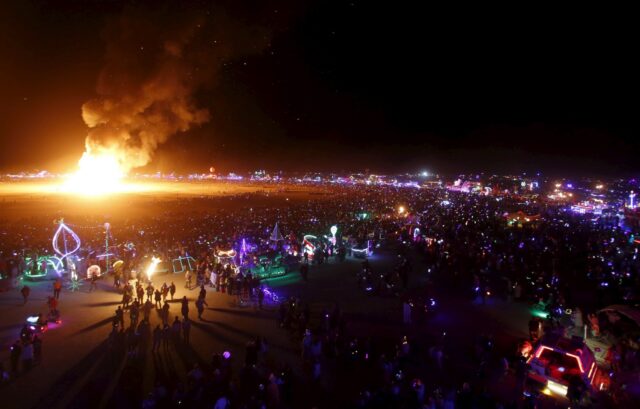 Anyone who has been to Burning Man will tell you that it is more than just a music festival. Burning Man is more than a place to camp out, listen to tunes, drop some acid and snap cool pictures. It is a spiritual experience.

With every year of Burning Man comes a brand new theme. Given the theme, fellow artists and creatives run with it to construct their camps, installations and activities. Past themes have included \”Davinci\’s Workshop\” and \”Carnival of Mirrors.\” 2017\’s theme is \”Radical Ritual.\”

Beyond the dogmas, creeds, and metaphysical ideas of religion, there is immediate experience, it is from this primal world that living faith arises. In 2017, we will invite participants to create interactive rites, ritual processions, elaborate images, shrines, icons, temples, and visions. Our theme will occupy the ambiguous ground that lies between reverence and ridicule, faith and belief, the absurd and the stunningly sublime. The human urge to make events, objects, actions, and personalities sacred is protean. It can fix on and inhabit anyone or anything. This year our art theme will release this spirit in the Black Rock Desert.