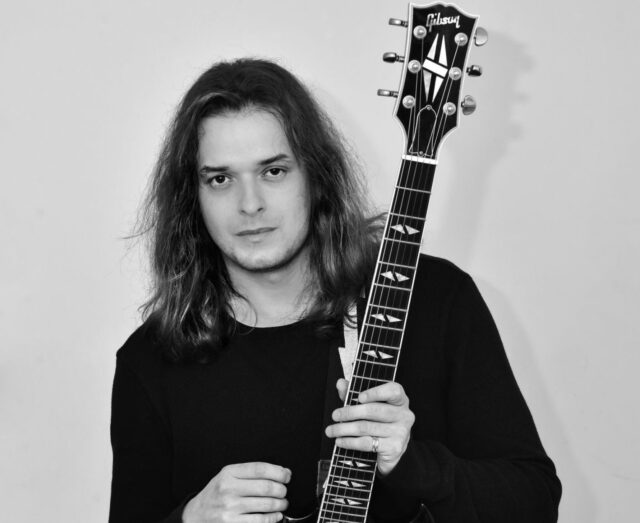 Brazilian guitarist, singer Mario Rossi has released his new studio album. ‘The Same Old Street’ is a bunch of ten original songs crafted from that Classic Rock and Blues vibe. ‘Leave a Light On’, ‘Hard Way’, ‘The Times You Loved Me’, and ‘Coffee’ are great highlights there. It’s a work full of punch and good melodies. All came together in a totally inspired way.

“I had no special intention for the album. The songs started to appear naturally last year”, he says. “This has a lot to do with what I was hearing at the time: Cream, Ten Years After, Led Zeppelin, Jimi Hendrix, Johnny Winter, Peter Green, Black Sabbath, among others.”

‘The Same Old Street’ is a natural step from Mario Rossi’s 2019 debut album, ‘Electric Art’. The recordings were done in a studio based in his hometown, São Bernardo do Campo, SP. And if you compare the two works you will find a real improvement in many musical aspects.

“This time, I knew how to work my references better, and the band was getting along better, musically, as well. You know?”, Rossi analyzes. “I mean, everyone was well prepared and feeling confident regarding the sound and style we were gonna get. It was much easier for sure!”

The band was basically the same one that recorded the 2019 album: drummer Sergio “Batata” and bassist Othon Ribeiro, which has produced the tracks as well. Keyboardist Fabio Lopes and drummer Jorge Anielo (drums) have made guest appearances.

‘The Same Old Street’ was done mainly in a power trio format. “I got used to it, especially because I can play and sing at the same time”, Rossi explains. “Having few instruments shows more the guitar, bass and drums parts, which I love – they are the engines of Rock! In addition, a power trio demands more from musicians. Since I started playing it has always been in this kind of lineup.”

The Brazilian artist’s solo journey started a few years ago. Among other works, he toured Brazil two times (2013 and 2015) with the American bluesman John Primer. They played in the South and Southeast of that country, including a performance on ‘The Noite com Danilo Gentili’ TV show, screened by SBT – one of the biggest TV channels in Brazil.

Check the music video for ‘Leave a Light On’.

This piece was written in collaboration  Henrique Inglez de Souza.