Home Tech What are the Benefits of CNC Machining Services 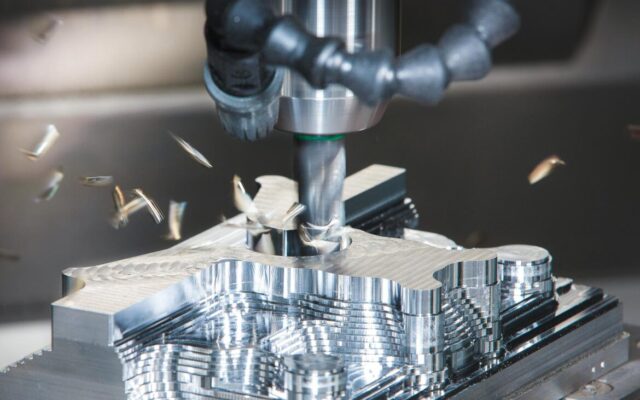 Have you heard of CNC machines? You have, but you want to know more? Or not at all? Well, fasten your seatbelts – it’s going to be a bumpy way. CNC machining (computer numerical control) includes a range of units controlled by a computer or an appropriate program that has found wide application in numerous industries. This type of technology has brought a complete turnaround and boom when it comes to making things in literally most spheres – almost each and every one of those that comes to your mind. An increasing number of valuable handicrafts are being made with its assistance, which includes the use of such tools, and this has become more than common everywhere.

Many claim that it’s in this technology and its improvement where the key to the future and success of many branches of production lies. This is known to everyone who has studied this area at least a little, and in case you also want to get better acquainted with it, we bring you several advantages of CNC machining compared to other types of material processing. Convinced yet?

It’s clear that, when it comes to details, things should by no means be left to chance. The applications of CNC machines are innumerable, but mostly each of the aspects in which they’re used requires exceptional accuracy with which attention is paid to the tiny things. Because their commands are computer-controlled, their manufacturers boast almost perfect precision and minimal chance of error in any respect.

When working with other types of machines, mainly manual and those that require regular handling, it can always happen that the hand trembles or something changes. In this way, the planned move turns into a mistake. But why would anyone risk such situations when a solution is just being imposed? Exactly.

Another great thing is that such procedures, with certain adjustments, can be performed again and as many times as necessary, without worrying that something will go wrong. Perfect!

Use in numerous fields

The fact that CNC devices are used in various spheres, branches of industry and handicraft activities is quite well-known. This versatility refers to the application in many occupations, as well as to the type of material that can be processed by them.

First of all, there’s wood, which is processed for the purpose of making objects, furniture, but also works of art such as wood carvings and other types of sculptures. So, it’s not all mechanical. It’s one of the softer materials that’s easier to work with, apart from some other softer metals and plastics. The heavier ones include harder metals, but also stone and glass. For each of these there’s a certain type of CNC machine specially made for the treatment of this type of material.

Specimens such as the ATC CNC router, for example, were created to treat multiple types and have appeared on the market as a relief to all those manufacturers for whose handicrafts this is needed. Blue Elephant has tried to explain the difference between several types of these routers in a great way, apart from the fact that you can find purchase suggestions on it, as well. You’ll admit, the internet has really made things simpler by creating such virtual places where we can always find out more.

In a word, whatever type of handicraft you decide on and for whatever purpose, you can be sure that such a device would definitely find its area of ​​specialization in your workshop.

We know, it doesn’t seem so cheap. If you look at the price of individual CNC routers and machines, you’ll surely think: “But, how should it be cost-effective to give this much money for a single device?” Believe us, the reason for this investment really exists. Its best side is that it can save you from much higher costs later.

What’s the catch, really? Well, there are plenty of them. First of all, remember that this tool is powered by a computer. This means saving human labor and possibly avoiding paying extra workers to get your job done. In addition, once you set aside a certain amount of cash for a solid and well-made tool, it certainly pays off more than buying a worse appliance that would break down later and thus only cause an outflow of funds from your pocket.

So, all that money that you would give for the repair and maintenance of a worse unit, as well as for the replacement of equipment components could be saved if you deal with this segment in time. And considering that, thanks to their features, they can work tirelessly as much as your heart desires, the calculation is quite clear – it’s impossible to find a better deal.

Let’s not forget a bunch of other machines, drills, milling machines, clamps and other elements that we would have to buy and maintain separately. When you add up the costs for all those smaller machines, we definitely come to the same result.

You know those cases when you buy a fantastic machine or a thing that almost no one has and everything goes great and brilliantly until a certain part of it simply crashes and won’t even move again? Despite how useful the unit is and how much it helps while it works properly, it can be damn hard to find a suitable component to replace a faulty or damaged one.

In the case of CNC devices, this fear is almost non-existent. If at any time you need parts to repair the device or change any type, you won’t really have to turn everything upside down in order to find an adequate alternative.

Such parts are more than available in more well-stocked stores and are the easiest to order. Also, when you need something that you can’t easily find in stores, there is always handmade gear – you can always ask an experienced craftsman to make what you need especially for that purpose.

Compared to some earlier period when CNC units represented a luxury that could only be enjoyed by huge manufacturing companies, now the tables have turned. Thanks to more affordable prices and procurement conditions, CNC tools are increasingly used in craft workshops and other smaller production places.

What we can’t deny is that this type of technology seems to be making great strides forward. It’s increasingly available both in terms of price and in terms of management, purpose and functionality, which is why you should definitely think about it if you’re considering a new way of improving your production.

Earl Powell - October 28, 2020 0
You just can't imagine a brand without certain labels. In addition, their applications are everywhere and that is why this service is in great...