Home News Bassheads Ask Bassnectar to Start His Own Festival 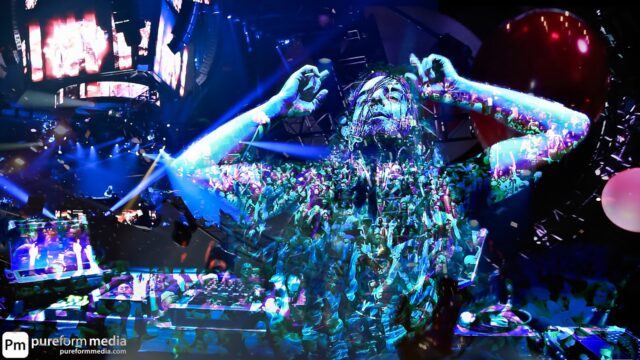 What if Bassnectar had his own festival? A passionate Basshead was recently enamored with this revolutionary question and decided to start a petition to make this dream a reality. Paul Stew\’s change.org petition gained 1400 Basshead signatures after just four hours of the post being made and even more people are liking the sound of \”Nectar Fest\” or \”Bassnectarland\”.  Besides having daily 180 minute sets of unadulterated Bassnectar, this new festival would be aligned with the values of the Basshead community as Stew\’s petition reads:

Due to noise restrictions, sound bleed, and venue constraints, we the people kindly plead (require) a three day camping festival ran by the Bassnectar team. The Bassnectar team would choose artists that represent the values of Bassnectar and the community, and a percentage of profits would be donated to charities of the community\’s choosing. No longer would Bassnectar and the community have to be on the same lineup/crowd as homophobic, immoral, racist, and/or misogynistic artists. Bassnectar would play a two and a half hour set each night, with no sound limits or restrictions, creating an experience that would be truly immersive.

Stew\’s vision is one of the perfect festival that eliminates all of the negative energy that surrounds many modern festivals today.

I think that a renewable, safe, and green festival ran by the artist I respect the most would be super good for the community of people behind him and his message. Something that would be more intimate and less commercialized like what the festival market has turned into lately. I am also a big advocate, along with many others, for not having sound bleed during festivals and for Bassnectar to be able to crank the volume to that magic decibel level.

One could only imagine the bliss that would be emitted from a gathering such as this and at this point the only ingredient that is missing is the support from our fearless leader, Lorin Ashton and the rest of the Basshead community. It won\’t be a walk in the park to make this happen but if we put all our Bassheads together, anything is possible. Sign the petition here and long live \”Bassnectarland\”!