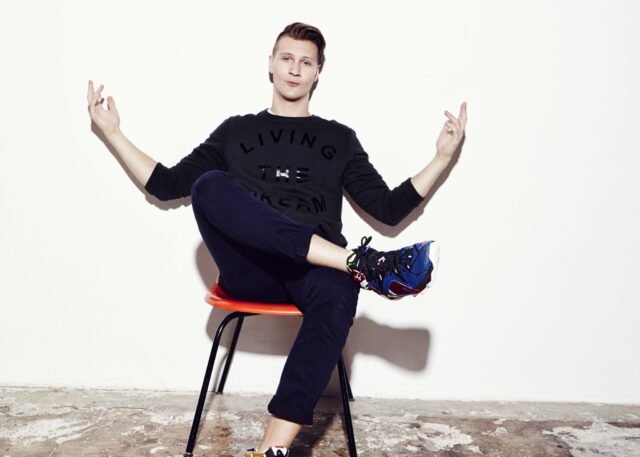 Before his late night set at Life Is Beautiful Festival in Las Vegas, I had the pleasure of sitting down and chatting with Matoma. The Norwegian powerhouse gave me some insight on his production techniques and genre-blending skills in our ten minute interview. He then of course proceeded to throw down and absolutely incredible set. Check out the entire interview below, and make sure to keep your eyes on Matoma. We may be getting a new album before we know it.

How is your day going?

Matoma: It’s going fine! I was on a road trip with my friends — three of my friends that I grew up with are in San Francisco right now. They were driving from LA to Las Vegas today, so I canceled my flight and traveled with them.

That’s a beautiful drive. It sounds like you’re having a good day. What do you have in store for us tonight?

Just good times. It’s all about having fun and banging your head and liking the music. I want everyone to have a good time, and I hope I deliver.

Are you working on any new tracks for us? Are we going to hear anything new and experimental?

Is that all you can say?

Do you have a release date scheduled for any new tracks?

I have a new single lined up and I have an album that I will be releasing soon. I can’t tell you much more! I’ve been working on this for the last few years. My album has been dynamic, but now I’m wrapping it up. This is a new chapter in my life. We’re going to do something special, something fun and cool.

I would say most people classify you as a tropical house artist. Since you say new chapter, are we going to hear different types of genres? Any genre blending, new experimentation?

I think in the last year, I have been going in a different direction then I have gone before. On Biggie’s birthday this year, I did a tribute song with Snoop Dogg and Faith Evans, “Party On The West Coast.” I feel that it’s time to show a new side of Matoma that I haven’t shown.

You released your song with Snoop Dogg, and you also just released your new track “Staying Up” with The Vamps. How was working with a rapper and then a boy band? Would you like to work with either of these artists in the future?

I’m very diverse. I love working with people that are close to me, and I built a great relationship with The Vamps when we did “Staying Up.” They are super talented, super super nice people, and have great energy. They take care of their fans, and I do the same. I respect them so much for it. This is a hard question because I like producing everything: R&B, hip-hop…I’m very diverse. Having the motivation of doing different genres is the key to what I do.

It’s extremely impressive that you can take all of these artists and create your own sound from it. My next question is well, about Norway. You’re in the states now…how does the electronic scene in Norway differ than the scene in the states?

The scene in the states is much more electronic based. DJs are generally more accepted here, and electronic music is too. In Norway, you’re competing against folk artists and different kinds of music. Over here, it’s a step further because of the productions. In Norway, we don’t have electronic music festivals like EDC. It’s just proof that in 2017, people want to go and see DJs. When I’m playing in Norway, I have to adapt more. Here, I can play more fun stuff. But if you read the crowd and stay open minded, it will be a blast no matter what.

You played piano for a long time. How did that influence your music style and your production skills? Does it play a big role in how you craft your songs?

When I produce, all of the melodies and sounds come from piano. I always start on the piano. When I produce, it’s like I’m in a jam session. I sit there and I figure out the lead melodies and it goes from there. After one or two hours of jamming, something clicks and I snap. It all comes together.

I know you’re super busy so I’ll wrap this up. Is there anyone else that you’re excited to see this weekend? That is, if you can stick around.

I looked at the poster and saw people like Lorde, Dua Lipa and Sean Paul. Sean Paul is so dope. Wiz Khalifa too. I don’t know if I have the time to see them, but I hope I can.

Tom, thank you so much for taking the time and chatting. I can speak for all of us over at EDM Chicago when I say we cannot wait for your new album!