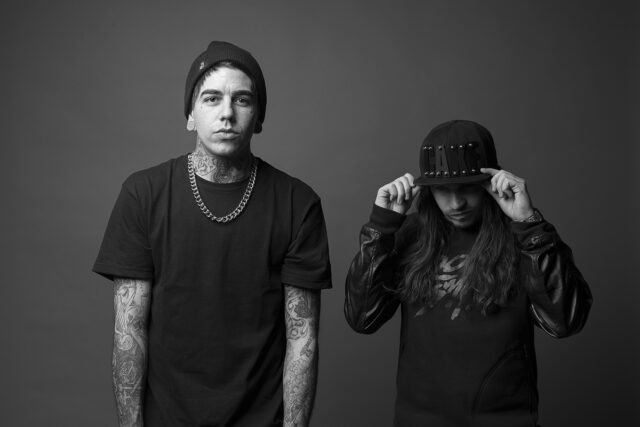 Jeff Saville, otherwise known as Vegas Banger or 1/2 of Caked Up, was arrested this weekend after Wet Electric Festival in Arizona and charged with a \”domestic dispute\”. Early reports which surfaced yesterday featured inaccurate and inconsistent stories, however Saville has now responded to the allegations and stated that him and his girlfriend were being harassed at a bar which ultimately led to an altercation between Saville and the harassers after Saville found himself being followed to his hotel. Unfortunately, these claims aren\’t 100% proven, as multiple sources who witnessed the incident state that Saville was acting belligerently towards a female friend he was with. The investigation is still open, however Saville posted bond and is now out of police custody. You can read his statement below, as well as check out the arrest report. We\’ll be sure to update you on anything that comes up in the future.

Unfortunately while I and my girlfriend Lauren were eating at a bar this past weekend in Tempe, Arizona the day after Wet Electric Festival, some unknown bar goers had approached us and started to verbally harass us. In being the bigger people, we decided to leave the situation by walking back to our nearby hotel. Heckling and harassment ensued as the bar goers followed us out. In being followed back to our hotel, an officer showed up and I was detained. I hope everyone would understand my intentions to protect my girlfriend of 11+ years and myself when random parties follow and threaten our well-being. In this situation, I am are sure that most would make worse decisions other than receiving a disorderly conduct ticket. I’m saddened that the wording of this article insinuates something other than the truth.