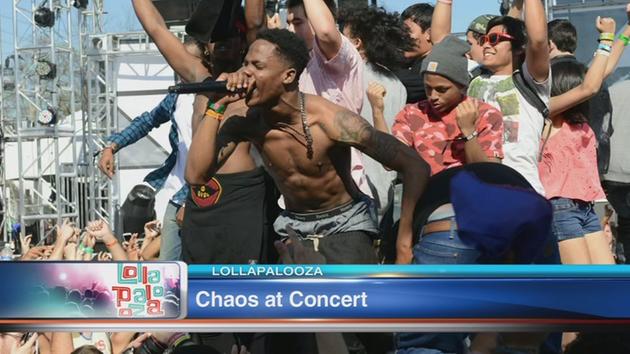 There have been countless memories people remember from Lollapalooza this year in Chicago. On Saturday, Texas native rapper Travi$ Scott barely played his first song before causing some trouble. After coming on stage 30 minutes late, Travi$ influenced his fans to jump the barricades. The loyal fans did exactly that, but security started to react. According to Melissa Stratton, the Office of Emergency Management spokeswoman, Travi$ decided to flee the scene to avoid trouble, but was later apprehend by the police. He was charged with disorderly conduct. Luckily, no one was hurt from this incident.

The video below captures snippets of mischief Travi$ Scott was conjuring, as well as the rapper leaving as fans stormed the stage.