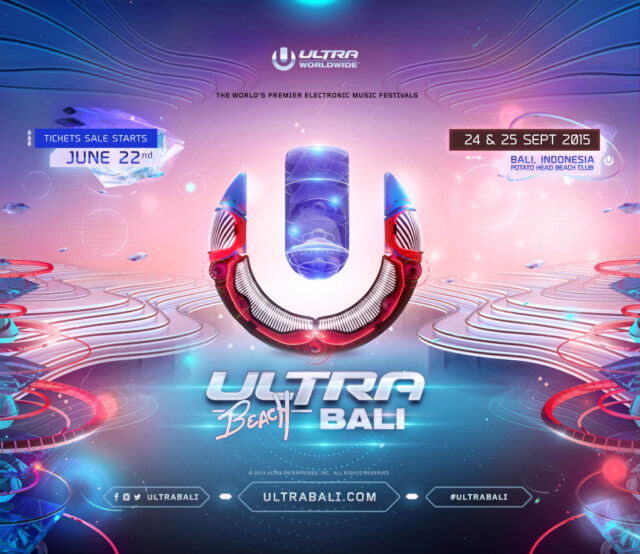 With much success from Ultra Music Festival in Miami, the masterminds behind Ultra decided to do what many other festivals such as Lollapalooza for example have done. And that is go worldwide. Ultra had actually expanded a year or two ago visiting places such as Japan, Korea, Spain, Chile, Puerto Rico and many more. However, they had a new place in mind to take their festival, and they chose Indonesia. Ultra Beach Bali has been born, and with it comes a sweet Phase 1 lineup. Names on the lineup so far include Skrillex, Alesso, Zed\’s Dead, Mija, A-Trak, and many others.

This festival will span over 2 days at the Potato Head Beach Club in Indonesia from September 24th to the 25th. It will be Ultra\’s first time in Indonesia and the event has already sold out. With them only releasing Phase 1 and not having details of when they intend on releasing Phase 2, it will be interesting to see who else will be rocking Indonesia this September.