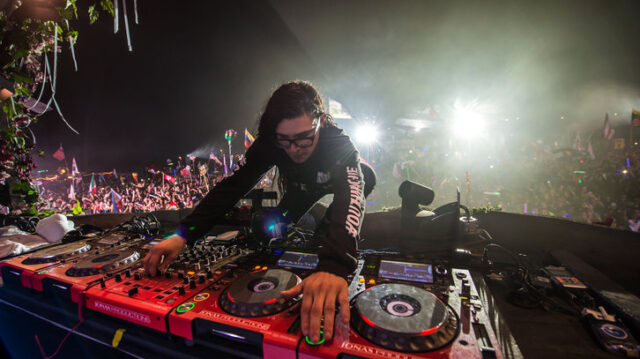 If you haven\’t been living under rock for the past few years, you probably know that Skrillex is a huge name in electronic music. You may have heard his name after the release of his debut studio album Recess,  or after the release of his new album with Diplo under the alias of Jack U, or from the countless festivals he headlines around the world. It\’s apparent that Skrillex has been on his grind and now information has surfaced that he plans to release a second solo album very soon.

This information was discovered by a dedicated Skrillex fan within a video that encaptured a night of bowling with Skrillex and the Interntional Art of Bowling team, although the video wasn\’t just about falling pins. In the video, Skrillex nonchalantly revealed the jaw dropping news that he was planning to release his sophomore album after the release of the Jack U album, which is already out. There are no dates or any more information but the simple possiblity of a enitrely new Skrillex album in the near future is enticing enough. Check out the video here, the good part is at 1:45.