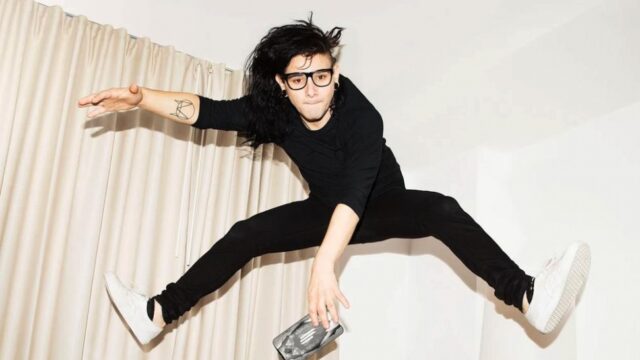 Thinking about what the future holds oftentimes makes us feel out of control, and more now than ever. With all of what is going on in the world, it\’s hard to figure out how we as individuals can make a positive impact.

For the Future Issue of their magazine, The New York Times has turned to influential individuals in different fields like biology and economics to share how they look at the future for their industries. One of the individuals featured in the article is Skrillex, who explains his view of the term \”future\” and what that looks like for his music.

The future is an accident. It’s an accident because you explore. You have to go through with a machete and just hack away and find it. You can’t see it — you just have to go somewhere you haven’t been before. It’s not even about being so far into the future; it’s “How do you say what people want to hear next?” I’m always listening to what the younger kids are doing. The most inspiring stuff is what you find young kids doing online. It’s so raw. It’s, like, the singularity, the way children are interfacing with different technologies so seamlessly. I was in South Africa and went to this township, and the kids there had really cheap smartphones, and they could still build a window into another world, then adapt that to their culture. Some kids had D.J. gear in a little shack, and they were making this hack between house and African, like African house. Kids! Like, 8 years old. That’s where I’m getting ideas.

Skrillex is known for setting trends in the music industry and bringing new, unique sounds into his work. For him, it seems to be less about focusing on the future and more about looking out for those accidental encounters.