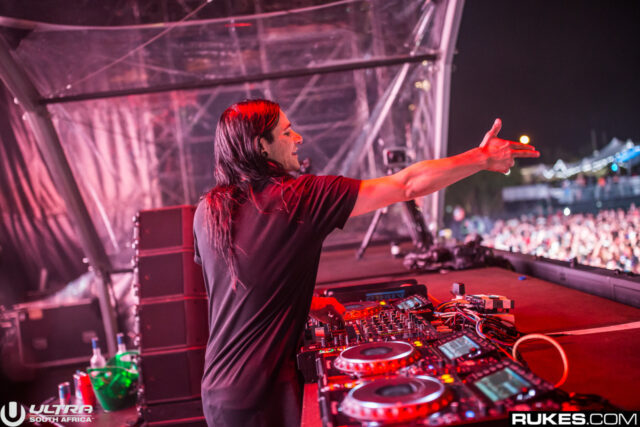 Throughout his musical career, Skrillex has never been afraid to break down barriers and try something new. Before he became the electronic all-star he is today, Sonny Moore was the frontman of metalcore band From First To Last. Just as he expected controversy to rise then, he expected it this past June when it was announced that he would be opening for the legendary Guns N\’ Roses at their reunion show in Houston on August 5th.

In an interview with Rolling Stone, Skrillex discussed how, along with his own big hits, he created brand new remixes that drew from his appreciation of metal and rock.

I wanted to warm up the crowd and entertain them so that by the time Guns N’ Roses came on they were semi-turnt. I put in my big songs and of course remixed them and did mash-ups. I threw in a bunch of old metal songs, as well. That was my preparation: throwing in Iron Maiden, Metallica, Pantera. On ‘Purple Lamborghini,’ I threw the Lemmy a cappella from ‘Ace of Spades’ on the instrumental, so it had a little bit of Rick Ross and a little bit of Lemmy.

As expected, it sounds like the crowd was not thrilled from the start. And in order to get everyone warmed up for GnR, Skrillex knew what he had to do.

I\’m not gonna lie — and this is what I expected too — when I stepped onstage, people were sitting down and were like, \’What the fuck?\’ After a few songs, I started throwing in some of the metal remixes and pitched them all to be in the same key as the ones I was mixing them with so it felt like a really smooth set,

There\’s so much to love about this whole opening set, aside from the music itself. Skrillex proved, once again, that he is as versatile as they come and is not afraid to try something new. He knew there would be criticism but he also knew that this was another opportunity to create a memorable experience for people, which is where his passion in the entertainment industry lies.