When you choose a pattern for a body art, you should first determine which direction you like best. That’s how to narrow the range of possible options, the end result will appear clearer. We are offering you to familiarize with the most popular tattoo art styles. We recommend you to carefully study their differences, as having a tattoo – means having it for life. When you choose, artists of tattoo studio L.O.V.E. Machine – https://lovemachinenyc.com/.

The history of the old-school style comes from sailors floating to the shores of the New World in the 19th century. It is also called American. That includes classic images of:

They differ in size from small to medium and can be combined with inscriptions. Despite a relatively long history, such images remain popular nowadays.

The blackwork style is distinguished by the absence of bright colors. If the drawing is made with a black ink, it belongs to this category. Here you will find:

Black color allows you to clearly draw lines in minimalist images. This is the oldest tattoo style. Bright colors started to be used not so long ago, but monochrome drawings are still popular.

3. Tattoos of the Indigenous Nations

The culture of drawing pictures on the body has been known for a long time in many tribes. The Maori people (New Zealand), Polynesians, Celts actively painted their bodies. For the natives, it was the way to designate a leader, demonstrate their own achievements, protect themselves from demons, enlist the support of higher powers. Back in those days, the paintings were only black and white, but today bright colors could be added at will.

People feel attracted to such tattoos of tribal style because of the quirkiness of patterns and the complexity of the ornament. They interestingly combine waves, geometric shapes, and magical symbols.

In the Land of the Rising Sun, the art of Irezumi tattooing became popular several centuries ago. For some time it was associated with criminal elements only, but today it has become popular among the general public. Japanese style is easy to distinguish by the presence of:

Another feature of Irezumi is its scale. Such a tattoo needs a large free spot on the body. The combination of opposites looks interesting as well, for example, aggressive dragons with gentle flowers.

This direction became popular in the second half of the 20th century. It includes color and/or bw colors of popular personalities, common people, images of animals and bugs or even extremely realistic and breathtaking landscapes. Bright colors and bleaks make these pictures look more three-dimensional. In this genre, elements of surrealism can also be found, although many divide these styles of tattoos into separate ones.

To achieve such a visual effect, one needs an experienced artist who can make maximum resemblance to the original. This technique requires a long application.

Modern artists have brought this style into a real work of art. The images do not have the usual black outline, bright colors are characterized by airiness and a watery effect. The result is a complete picture, but instead of a canvas, it is on the body. This requires the ability to work with color in order to make the impression of watercolor, although ink is used. These tattoos don’t come cheap, but they are worth every penny because they accentuate the tattoo design and make your skin look beautiful. They are easy to distinguish from other tattoo styles because of their unique and colorful appearance. Although they are usually found on women, watercolor tattoos look great on men as well. Unlike other tattoo styles, watercolor tattoos feature bright and soft colors. Some designs don’t even have a single line, they are simply based on colors to give the tattoo shape and personality.

The new school is distinguished by lightness, abstract plots, and irony. It covers several areas and includes such images:

This category is similar to the traditional style, but bolder and has more variety. Bright colors might be present there as well.

If the images contain a variety of motifs, have an extensive color palette, then they cease to be classic. This is an unconventional style – illustrations that arose under the influence of Art Deco and Art Nouveau. They are optimistic, bright, and filled with positivity. The plots are simple and include animals, faces of girls, landscapes. They are not distinguished by realism, but are accompanied by lush decorative elements and clear lines.

Latin American gangs used body art, emphasizing belonging to one of the groups. But gradually, Chicano-style tattoos became popular among ordinary people not connected with the underworld. First it was Hispanics, then other nationalities.

Religious themes became a distinctive feature of the style. Since Latin Americans are adherents of Catholicism, they put images of Jesus Christ, the Virgin Mary, various saints on the body. Many people apply attributes of the criminal world: money, cards, weapons. The colors are contrasting, there are always black lines.

This direction is also known as fantastic realism. It appeared with the development of electronics, robots, and gadgets. These images unite man and technology, creating the impression of mechanisms under the skin, where the details are drawn in volume and as realistic as possible, using halftones and complex shades. Most often they are placed on the arm, women also choose the thigh, and men – the lower leg.

These are not all known types of tattoo styles. A lot of them cover several types. However, the outlined options will give you an idea of what you like best, helping you choose an image. 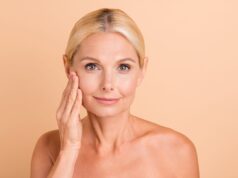 How is Micro-facelift Surgery Performed? How Many Botox Treatments Does It Take To See Results? 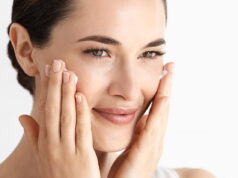 7 Tips for Starting a Skincare Brand From Scratch 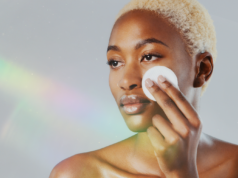