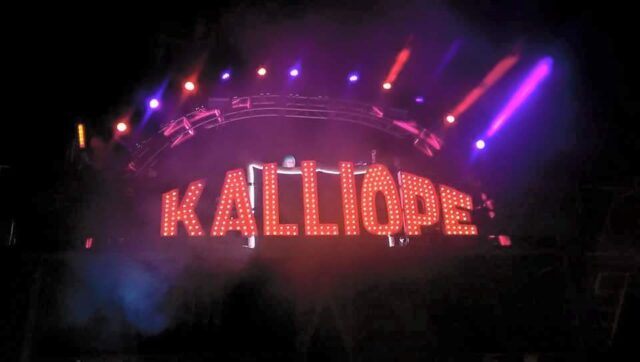 Friday night there were rumors circulating throughout Bonnaroo about some certain special guests crashing the Kalliope stage set to happen late Saturday night. Then early Saturday morning artist Jai Wolf tweets out a picture saying to come party with him from 3 a.m. to 4 a.m. at the Kalliope stage. But that is not all. Then we get a surprise from somebody who is no stranger to Bonnaroo or the Kalliope stage. That artist is Mija. She gave us a confirmation on the rumors circulating of her return by posting an interesting picture to her Instagram account.

\” I can\’t figure out how to put all my love and gratitude into a caption, but I can def show you everything I\’ve learned this year.\”

exactly a year ago this lil alien found me on a muddy farm in tennessee and changed my life. I can\’t figure out how to put all my love and gratitude into a caption, but I can def show you everything I\’ve learned this year. meet me at @kalliope_soundstage at midnight ❤️ cc @bonnaroo

Later that Saturday she started her set on the Kalliope at midnight and ran till about 1. Premiering new remixes she has been working on with one of those being a Major Lazer song it was clear she has been hard at work. After she premiered the Major Lazer song she said “You are the first to hear this”. With that being said we can be expecting to hear that soon. There were a few local dj’s in between and then Jai Wolf made his guest appearance for his 3-4 set. With many great songs worked into his set the most obvious and best one would have been the remix that started his career, and that would be Skrillex’s Ease My Mind. Getting off the stage at 4. Everybody was still waiting for the last and final surprise. A set by Pretty Lights and Bassnectar. Well it never happened. It was a rumor and that’s all it was. With still getting the surprise of Mija and Jai Wolf people were still happy that they got to rage late into the night with their friends and the wonderful people of Bonnaroo. You can check out pictures from Mija\’s set below!