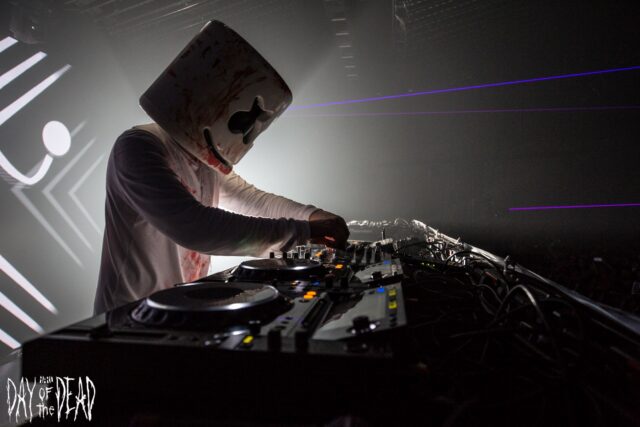 Last week EDM\’s favorite bucket headlined three nights at the Shrine Expo Center in Los Angeles, a venue that has hosted the likes of Flume, Porter Robinson, Madeon and Griz just to name a few. Being the lovable bleached cylinder that he is, he decided to bring his fraaaands and cause some ruckus. What came out of it was a very heartfelt ode to our current president elect, and boy, do we think you need to check it out below…

He later brought out Wrabel to perform his actual, non-controversial music.

So great to see @marshmellomusic and @wrabel perform #Ritual together in LA tonight. Fitting finale to a very impressive show. Loved it. pic.twitter.com/0eztu4YYDU