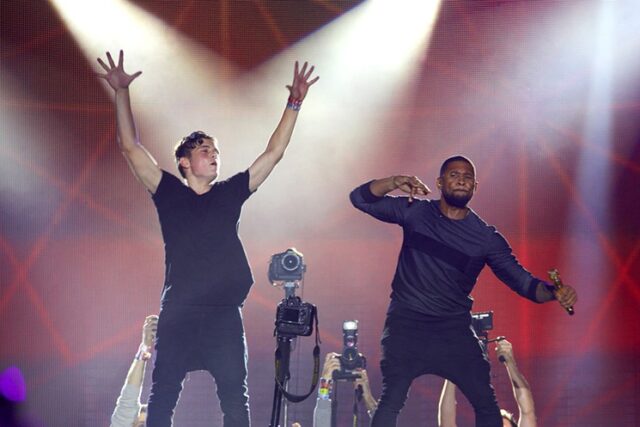 Martin Garrix took the main stage at Miami\’s Ultra Music Festival this past Saturday night and absolutely killed it.

The 18-year old Dutch DJ/producer not only included his legendary hits like \”Helicopter\” and \”Virus\” but also showcased a slew of new music off of his upcoming album.  One of the tracks happened to be a collaboration with fellow EDM artist Avicii titled \”Waiting For Love\” which features soulful vocals from singer/songwriter John Legend.  The track definitely is considered to be \”out of the box\” for both Garrix and Legend as the DJ is steering away from big room festival anthems and heading towards more of a radio friendly sound while Legend lends his voice to EDM.  And as for Avicii, the track contains his usual flare with a simplistic yet catchy sound.

Halfway into Garrix\’s set, he then played his latest single \”Don\’t Look Down\” featuring Usher who just so happened to join the DJ onstage for a live performance.  This definitely got the crowd\’s attention as this was a surprise performance and the first time Usher has ever made an appearance at Ultra Music Festival.

The set proved to be not only be memorable to the fans but for Garrix as well when he took to Twitter to express his gratitude.