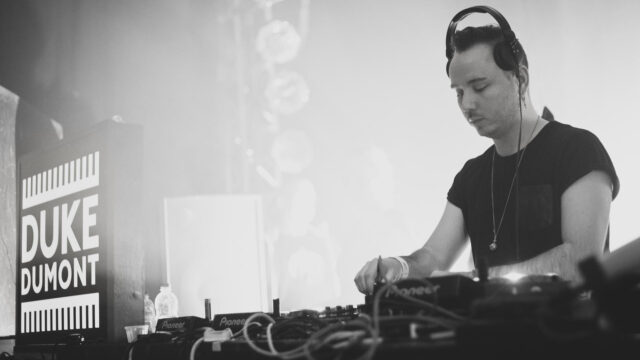 Duke Dumont walked off stage during his performance in Edmonton, the capital of Canada\’s Alberta province. It seems as if some \”fans\” became pissed off during his set, wondering \”Where the hell are all the sick drops bro? I came here to rage face.\”

Instead of seeing themselves out, these \”fans\” chose to throw drinks and spit on Duke and his equipment as he was performing. After clearly having enough of this, Duke decided to stop playing and take to the mic to tell the crowd “If you’re brave enough come the fuck down, come the fuck down now. Whoever did that, come down the stage. If you’re man enough to spit, you’re man enough to come on up here.”

Here\’s a pro tip: if you\’re planning on attending a concert or performance of any sort, respect the performer. Even if you are not their biggest fan, give them the courtesy they deserve. They are there to put on a show for you. This should go without saying: don\’t be an asshole.

Check out the video for yourself below: