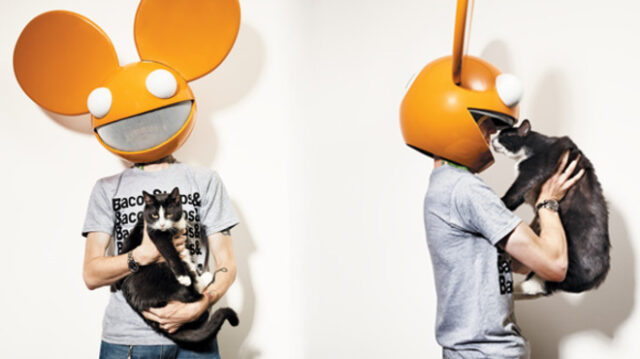 Deadmau5 fans may have only heard of Meowingtons in referrance to Zimmerman’s famed cat ‘Prof. Meowingtons’, but for cat lovers in Florida it may signify a local cat-themed gift shop called – yup you guessed it – Meowingtons.

Zimmerman back in December 2016 petitioned to cancel the company’s trademark for “Meowingtons.com”, but was only met with an official law suit filed by the opposition.

Claimed back in March by the company owner Emma Bassiri, the suit asserted that the defendant’s use of the now-controversial name had nothing to do with Zimmerman’s cat.

However, the reality is that Meowingtons.com was founded in 2014 when Prof.Meowingtons was introduced in 2011. In other words, the cat-products company was at its initial steps when Meowingtons was integrating itself as a side-kick-like component to Deadmau5’s brand.

That said, it is no surprise that Zimmerman is fighting back with a counterclaim to protect his trademark rights.

In a previous statement, Zimmerman commented “From the very beginning I was working to find a way to resolve this situation amicably. Now I am forced to litigate this woman out of existence. Bye bye Emma Bassiri. I am going to protect the trademark I had since 2011.”

It’s looking like Zimmerman might have a better chance of winning the case, but who knows what the jury will decide?

Stay tuned to find out.

Read the full countersuit against Meowingtons.com below.