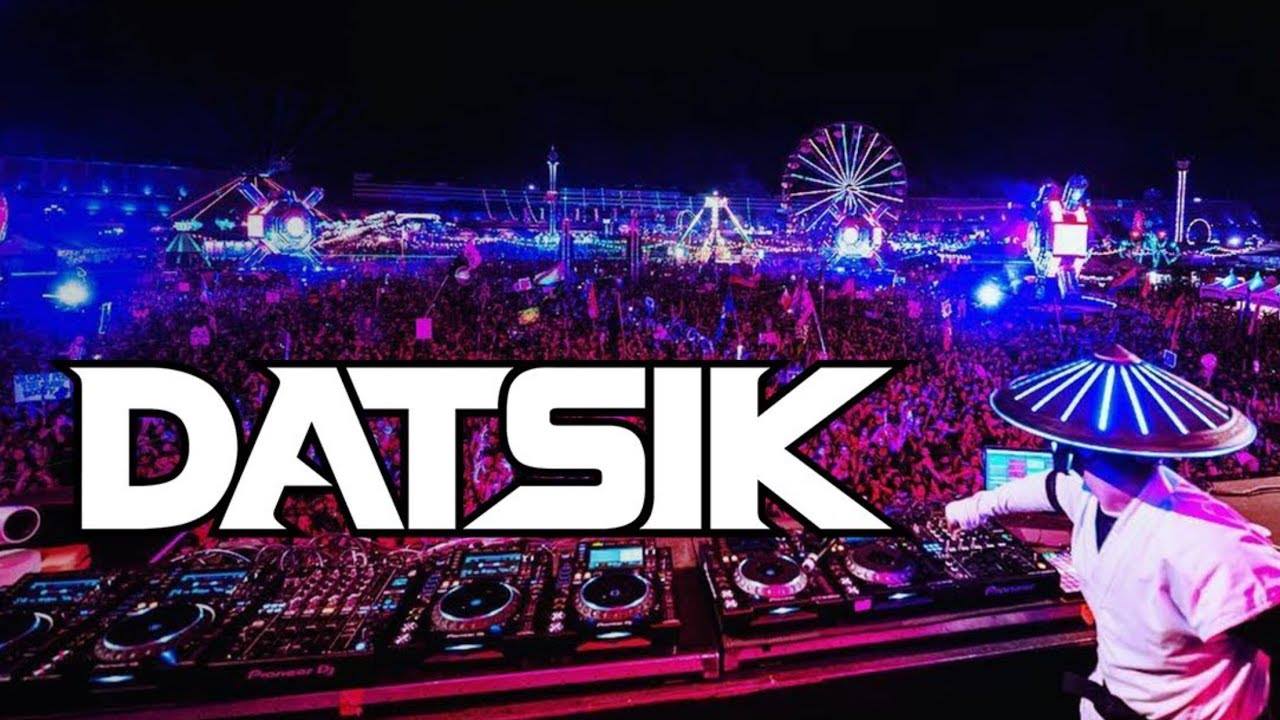 *Updates at the very bottom*

Today, two influential pillars of EDM are under some intense fire. While specific times are hard to come by due to the mass purge many Twitter and Facebook pages have gone through to shape the narrative. Despite this, I’ll try my best to paint an unbiased and informative picture of what has gone down today.

Some time between 2:30pm and 3:15pm, a post on Datsik’s official Facebook that normally would have been considered nonchalant, turned into something completely different. What you can see below are the comments that remain that I can salvage as the original post has, obviously, been scrapped by Datsik’s team. The screencaptures can be seen here and here.

These comments, for lack of a better term, opened up a shit storm from the likes the EDM world has never seen. People claiming to be victims or know victims, as well as people who claim to know Datsik personally began to give their takes, as well as screenshot stories and allegations. The first, and most popular of these chains, can be followed down below, as most of the twitter buzz seems to rotate around these chains that user @PortersWorld has brought up.

I’ve gotten multiple DMs of Datsik & Space Jesus in scenarios of sleeping with underage girls / taking advantage of them.

Some are screenshots of girls admitting it, some are guys who were on the tour bus and witnessed it happening.

Exploring through the threads further, it seems that one of Datsik’s tour mates, is not all that he seems to be as well, as @PortersWorld brings some allegations to light as well.

Clarification@SpaceJesusBASS didn’t do anything to the extent that datsik did. He was initially lumped in due to some things I heard from other people.

As far as I know he’s basically in the clear right now. He made a few mistakes but nothing drastic or extreme like Datsik.

While further details on Space Jesus don’t come further than that tweet, just the fact that he was mentioned in this chain has dragged him along in this situation. Again, I could be missing some big thread or screenshot somewhere, but as it stands this is the extent that Space Jesus has been directly mentioned, and any other future tweets in the thread don’t really have any screenshots or anything that could be considered “proof” of wrongdoing.

For Datsik, however, nails continued to get hammered into the coffin as picture after picture of “Tulsa” nametags began to come up one after the other alongside other.

I was given this 2 years ago in Orlando when I was invited on Datsik’s tour bus. pic.twitter.com/Q2GT9mlcHK

These appear to be different tour passes though, do they not? pic.twitter.com/Fe8r3l57bN

Well what does “Tulsa” mean? In the word’s of Datsik himself…

Not a good look right? Well it apparently gets worse, as those inside the industry started to chime in as well.

All I’m gonna say right now is what goes around comes around and you’ll always get what’s coming to you. Be a good person and good things will come… be a horrible fucking human being and eventually it’ll bite you in the ass. Simple enough

wow so it turns out Datsik is a scumbag?? i’m absolutely shocked i tell you, shocked!

"Due to the allegations against Datsik we will be removing all related content including pictures and videos. I made the choice for our team to spend March honoring women and he has shown an opposition to that belief."

think about it, its commonplace for a woman to fear for her life, fear being raped, fear being drugged, it’s times like this where us as guys cannot be complicit in allowing this reality to continue

😐 this one is possible…. very scary to read such things https://t.co/qrkpDD2t7u

The worst part about all this datsik stuff is the scumbags that are coming out and supporting it saying stupid shit like "they're just a bunch of hoes/groupies" or "what did they expect to happen backstage?"

Christ, who the fuck is raising you people?

Well could it get worse? Well you saw one of the two infamous tweets that are getting rotated around…but did you see this?

A defense can be said that this tweet and the previous deleted tweet were made years ago and are taken out of context. That defense can be made, but then a counter argument can then be made asking when those tweets were ever appropriate, professional or funny, as well as the counter claim that these allegations have supposedly happened.

Don’t believe for a second that Datsik stood by and let his name get tarnished throughout the EDM world however, as he and his team took to the official twitter page to post an official statement on the situation.

This is where we get caught up to the current. So far through all of this, I have yet to find any official police reports made nor have any of these girls that have come forward and mentioned lawyer-ing up and taking Datsik to court. Again, just because I was unable to find them does not mean that they might not exist. This has been huge in the EDM world and has some great implications whichever way things fold out.

And while above was my best go at being unbiased, here’s my thoughts on the matter. We live in a society where we are innocent until proven guilty. I have seen many people have their lives implode around them due to sexual abuse allegations, from pop culture down to friends, both former and current. There needs to be an emphasis that ALLEGATIONS are just that, ALLEGATIONS. Claims. And any one person or group can make a claim on anything.

AT THE SAME TIME, you cannot ignore the sheer volume of tweets, comments and pictures that have come out once a space was made where the alleged victims felt empowered enough to share their stories. If there was only one claim, then my above paragraph would hold more weight, but there are dozens spread around a four year time period ALL ACROSS THE EDM WORLD. Combine that with the blatantly tasteless tweets (so tasteless, in fact, that Datsik’s team deleted them ONLY NOW when he’s being put under scrutiny) and the most disrespectful, self-centered, half-assed address to the situation that I have ever seen, I can’t help but feel that these claims have to hold some truth to them.

Like really? You have rape claims against you and your defense is that you’re a “vibe reader”? What the hell does that even mean? Did his team really let him post that? Literally speechless at the sheer incompetence or indifference to the scale of the situation at hand.

What happens next, to these women that claim to be victims, and to the tour and career of Datsik and Space Jesus, are up in the air, but best believe we will be following this closely.

Space Jesus has just taken to Twitter and Facebook only ten minutes ago and released these statements.

Further statements from artists in the EDM World.

I understand that you guys want me to make jokes about the datsik situation but unfortunately there's nothing funny about it, imagine you go backstage to meet your favorite artist and you get raped. my heart breaks for these girls.

Yo bro, your deception isn't fooling anyone but yourself. Own up to your actions and accept the consequences. Have some fucking honor.

In a safe space, men would hold each other accountable for their actions and definitely not protect/ignore their bro's actions of unacceptable behavior towards women

Yo bro, your deception isn't fooling anyone but yourself. Own up to your actions and accept the consequences. Have some fucking honor.