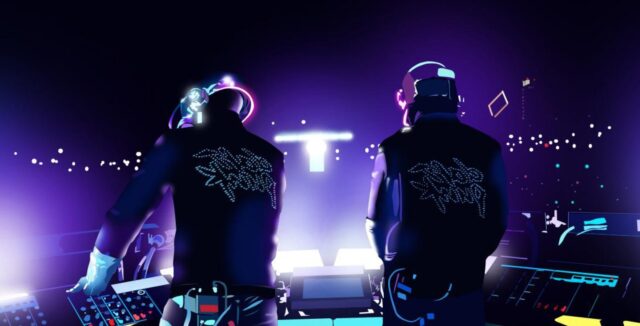 There\’s no arguing who the kings of ground level viral marketing are. Daft Punk has practically written the playbook on global grassroots marketing, and today proves just how mysteriously the guys behind the masks go about teasing their global fanbase.

A mysterious account by the name “4162016211411” (an alpha-numerical code which inevitably spells out \”Daft Punk\”) posted a video to YouTube on January 1 that is now sparking widespread speculation around the renewed potential of Daft Punk reviving their Alive tour for 2017. Titled “Alive 2017,” the 51-sec. clip shows a futuristic setting on par with the enigmatic French duo’s live visuals before flashing the their moniker at the end. Its description is a recurring series of seemingly random 8-digit numbers.

Thanks to one committed and genius YouTuber, we have been given the tools to crack the code for what appears to be the entire international list of cities that Daft Punk will be hitting in 2017, which includes Paris, Amsterdam, Los Angeles, and Sydney. The time to start thinking about your travel plans is now! U.S.-based city stops are rumored to include: Miami, L.A., Chicago, Seattle, New York City, Las Vegas

While concrete proof has yet to arise, this is exactly the kind of cryptic move that we\’ve come to know of the French music electronic duo. Although it has taken 11 days to crack, the anticipation is now higher than ever. Check out the You Tube video, and comments below that seems to have cracked the code.