Home Betting Why Cricket Betting in India Needs to Be Legalised

Gambling has always been a hotly contested topic in India. Considered by many as taboo, over the years Indians have softened their stance with regards to gambling.

This has no doubt been helped by the proliferation of online cricket betting sites such as CricketBettingWali.in. These sites have been set up for the most part to guide Indian punters to the right bookmakers and to ensure that your hard-earned money is safe and secure should you choose to place bets on cricket.

The big question on everyone’s mind is why cricket betting should head down the road of legalisation. In order to provide an answer to this question, we first must understand if gambling really does exist in India.

Does Cricket Betting Occur In India?

The short answer to this question is yes. Gambling on cricket matches has been going on for decades. The more accurate answer with regards to this is whether the gambling that takes place is of the legal or illegal nature. There are certain sports where the punters are allowed to place bets i.e horse racing.

Considered as a sport for the elite, betting on horse racing is a good source of revenue generation for the Indian government. Similarly certain states have allowed lotteries to pop up. Say the word lottery in India and Sikkim is the first place that pops to mind.

There is a certain amount of gambling in India which is legal. Lotteries and horse racing are both popular legal forms of gambling. They have persisted through the legal changes of the past two centuries and provide a fruitful income for the government’s tax department.

You can read about Indian Horse Racing and Lotteries on our website. It is in the only state where a legal betting website has been set for a lottery known as PlayWin lottery.

Now let’s turn our attention towards the illegal side of gambling. If you look beyond horse racing, then any other sport that you wish to bet on will be considered as form of illegal gambling. Rarely a day goes by where the newspapers are not flashing the latest cricket betting scandal.

Mohammad Azharuddin, a highly respected and decorated cricketer has not escaped from the wrath of match fixing and was ultimately declared guilty in his involvement throughout the years. Despite the dangers associated with illegal betting, punters in India will go to great lengths to place their bets via illegal channels.

Cricket is akin to a religion in India which attracts the masses which in turn fuels the fire for punters to place bets on their favourite matches be it the World Cup or the Indian Premier League.

Similarly, lack of legitimate gambling dens aka casinos means that card games such as Teen Patti and poker attract punters willing to place illegal bets on the games. This is prevalent during times of religious festivals such as Diwali and gives criminals an opportunity to set up makeshift casinos.

These casinos are usually found in clubs and other seedy restaurants. Now that we have established that gambling does indeed occur in India, the next question to ask is why gambling is illegal in the first place.

Why Is Cricket Betting in India Illegal?

Gambling is intertwined with the Indian culture. Indian kingdoms in ancient times have celebrated gambling to an extent that it became an integral part of the Hindu religion. It was only made illegal via the Public Gambling Act that was introduced in 1867. The Act was imposed by the British who were of the opinion that gambling would further strengthen the Indian economy.

The Act did quite the opposite and drove gambling underground away from the prying eyes of the government. This gave birth to the various gambling networks that India is now struggling to deal with.

A good amount of resources are spent policing these criminal networks that are involved in illegal gambling. Many believe that these illegal networks do not pose any direct or imminent threat to the general public and therefore it is not worth the time and effort of the police to hunt them down and bring them to justice.

The policy makers argue otherwise. They believe that money made via these illegal networks is not put back in the society and stays within the criminal gangs. This money is then used to fund further illegal activities which can include money laundering and funding the spread of drugs and terrorism.

We must add that the one good thing that came out of the act was the banning of betting activities such as cock fighting which historically was extremely popular in the sub-continent. However, on the flip side, the mafia flourished while India continued to make use of this antiquated act despite gaining independence from the British in 1947.

Mahatma Gandhi, one of the greatest Indians to have ever lived, was also against gambling. Gandhi considered gambling to be morally corrupt and strongly believed that it lined up the pockets of the rich while making the poor even poorer. Winning out of nothing was an act that did not sit well with Gandhi and hebelieved that this practice would further weaken the society.

What Lies Ahead for Cricket Betting in India

Supporters of legalisation argue that if cricket betting were to be made legal then the dirty money would stop flowing in the criminal networks. Instead it would be collected as tax which in turn could be spent on improving the welfare of the public and also stopping other forms of crime that are more harmful to the country.

By legalising cricket betting, it would lead to a sharp decrease in scandals that have become a permanent fixture of sport. Regardless of how good a cricket match is there are now always doubts over whether the match has been fixed or not. Legalising will make it easier to eliminate these scandals and also punish those involved in initiating them.

In the end, it is in the best interest of the nation to legalise all forms of betting. Several countries have gone down the same route such as the U.K and Sweden with promising results. How to Implement Arbitrage Betting Strategies to Make You Money? 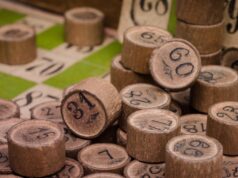 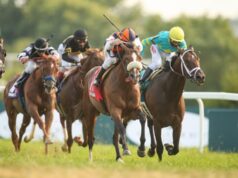 Jockeys With The Most Breeders Cup Races Win 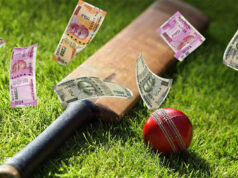