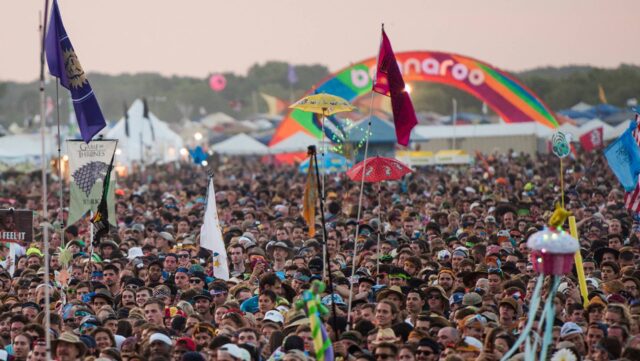 It\’s official: Bonnaroo Music and Arts festival has released their lineup for 2016. After much speculation and a leaked lineup, the masterminds behind the fest have dropped a crazy and talent packed roster.

Headlining sets will be brought to you by Pearl Jam, LCD Soundsystem, and Dead & Company for the fifteen year anniversary of the 4-day fest. This is LCD Soundsystem\’s second booking (the other being Coachella). Dead & Company will feature members of the Grateful Dead in collaboration with John Mayer.

The insanity of this lineup doesn\’t stop there…Bonnaroo has booked phenomenal artists like Death Cab for Cutie, M83, Purity Ring, Zeds Dead, Griz, Tame Impala, The Floozies, and too many more to count.

The fifteenth installment of Bonnaroo is not one you are going to want to miss. Tickets go on sale January 22nd at 12pm ET. The festival will take place June 9-12.